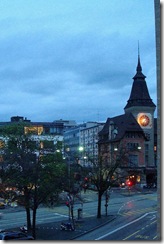 ‘ Back from a short trip down to Geneva to pitch our new idea to some interventional cardiologists at the University Hospital. The weather was terrible: low clouds, blowing cold, spitting rain.  But the city must be beautiful in the summer between the lake and the mountains. I’ll need to plan a trip back when spring settles.

My RSS aggregator, NetVibes, was down for a scheduled upgrade when I returned.  The four-hour outage turned into three days, so there wasn’t much to do  to catch up with other people’s blogs except to wait.  It was nice to have access back this morning, and to catch up with everyone’s thoughts and stories over coffee.  It’s much better than wrestling with the morning newspaper. 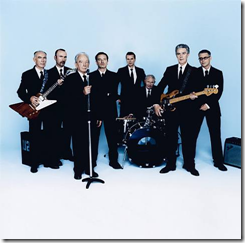 I was a disk jockey, then program director, at WRVU back in the 70’s, so a lot of the groups and people that he highlighted were familiar to me.  I was really struck by two of the pictures:  the first was one that he made of U2, Fathers and Sons.  It’s remarkable for having each band 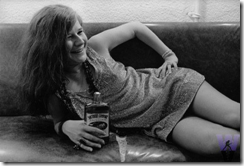 member alongside his parent: the resemblances and mannerisms are worth a close look.  The second was a casual picture of Janice Joplin by Jim Marshall: it really is full of life yet captures the easy attitude that would lead to her tragedy.

My project engineers finished work on our prototype device this week, so we went out to the de Bourgondier Restaurant in Wehl to celebrate.  This is a "Dutch Buffet", one price gives access to a wide array of typical Netherlands cold hors d’ouvres, cooked items, soups, and desserts.  It was a good chance to explore a variety of foods, not all great, but I did make some discoveries that I really liked.  It’s got an "English Pub" sort of atmosphere, close, dark, antique, and warm, and made for a fun evening together.