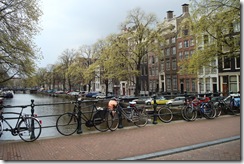 The girls decided that they wanted to go into Amsterdam themselves yesterday.

We had spent the prior day orienting to the city, walking the streets near Central Station so that they knew how to get to the Dam Square shops.  We had a quick orientation to how to read a train schedule and find a platform (this is not a typical American skill).

They walked over to the station at 10:30 am, validated their ticket, found the platform, then debated whether the train in front of them was the right one until the doors closed and it left without them.

Then they waited for the next train, which left from the platform behind them.

So, they caught the third train, but almost hopped the wrong train at Utrecht ("the announcements for Rotterdam sound so similar…").

But their day was fun, the ride home was smoother, and they wanted another try at Amsterdam today  They bubbled on about their growing mastery of the situation and the need for another chance to do it right.

I know the feeling (assuming, of course, that it wasn’t the coffee houses that drew them back…)

More than just perspective derived from experience, though, clarity also drives thought and speech.  And the Dutch experience, beyond expanding my perspectives, has also helped me to think and to communicate more clearly.

The language difference has forced me to become much more careful about how I choose words.  It’s not just a matter of choosing the right word, I also need to avoid unusual words, colloquialisms, and long rambling discourses while my mind is still sorting things out. 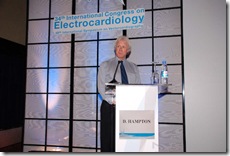 General management debates have taught me to be more precise in how I communicate ideas.  I need to be able to communicate  immediately, clearly, and crisply, avoiding jargon and technical arguments.  I’ve learned to keep to a single point, to stay within a few sentences, and to be aware of whether the HR and Marketing leads are understanding my point.

My best points are made from complete and relevant data: it cuts through every argument. Some people can use personal stories just as effectively, but it’s not (yet) my strength.

The Dutch experience brings perspective: helping me to see things more clearly, to understand what is important and unimportant, to know what is missing. It’s forced me to keep my language simple, my point clear, and my examples strong.  It’s fun to see the girls find enthusiasm for some of the same benefits.

email
« Building Confidence (2)
What are the common differences across Europe? »
Radar Weather