To a European there’s a huge difference in the way that, say French and Dutch people live (with of course different languages – though no longer currencies). Are there common aspects of European culture that North Americans see that we don’t because we are so close to them ourselves?

Although I’m sort of between the two worlds, I know things that struck me as I traveled before moving here, and things that visitors always seem to comment on.

Common elements of Europe that Americans are generally see as different include:

– The prevalence of charming, old, pedestrian town centers.
– Having a coffee at a small table in front of the restaurant.
– Eating dinner at 9 pm rather than 6 pm, and then spending hours at it.
– The stunning size of medieval churches.
– How formal the waiters look in aprons.
– Wide, flat, glassed-in boats used for river cruises.
– That everyone drives small, simple, rounded cars.
– That work begins at 9, not 7, am, and ends at 5, not 7, pm.
– Not adding tax to the purchase price at checkout.
– Being able to drink at 16, but not being able to drive until 21 (just the opposite of the US)
– Pulling the door to exit a building, rather than pushing it (Fire safety regulation in the US).
– How long the daylight is in spring (Americans don’t realize how far north Europe is).
– Lots and lots of vacation days (and everyone leaving for the entire month of August to take them).
– The much heavier reliance on trains for transport (and how well it works).
– Advertising signs where the paper rolls up and down every few seconds.
– Paying 20p to someone at the door of a restroom.
– Having to ask for the toilet instead of the restroom (a bit coarse in the US).
– How small (and expensive) a typical house is.
– How close (and visible) the neighbors are.
– The diversity of nationalities on city streets (foreign languages or a headscarf on the street are still rare in most of the US).
– Staying on the paths and off the grass.
– Cappuccino must be in the morning and espresso must be in the evening, and never have a latte or a tea that isn’t Earl Grey.
– Converting measures (especially translating distances in kilometers and temperatures in celsius)
– Having a glass of wine with lunch.
– The widespread and immediate presence of toilet brushes in bathrooms.
– Paying for parking by buying a piece of paper for the dashboard.
– Starting, rather than stopping, when a traffic light turns yellow.
– Keeping out of the passing lane except when passing.
– Being able to get a cheese sandwich or a ham sandwich, but not a ham and cheese sandwich.
– The lack of automatic transmissions in cars.
– Using 112 for emergencies instead of 911.
– The whole enthusiasm and culture of European football. 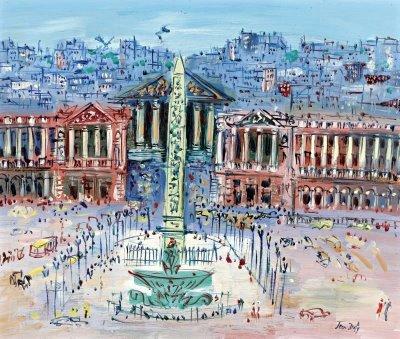 – Having to use a PIN code with a VISA card (US only uses one with debit cards).
– ‘Duty-free’ shopping (when to use it, why to use it, why is it still around).
– The difficulty in getting tap water with a meal (or paying for water).
– Having the waiter come to the table with the wireless card reader.
– Leaving the room key at the desk when leaving a hotel.
– Not getting free refills of coffee.
– What the + means in a phone number, and when to add a 0 when dialing.
– The absence of speed traps; the prevalence of speed cameras (the first flash in the mirror is a revelation).
– The long lines of boxed-in drinking / sunning establishments lining the beaches.
– Roundabouts (and the random road art in the roundabouts).
– The emphasis on ‘dressing correctly’ for an outing (Americans use jeans and polo-shirt for any activity).
– Putting mayonnaise on French Fries (chips) and carrying them around in paper cones.