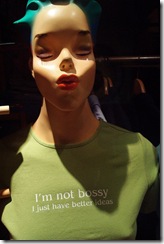 Sometimes, blog writing is a struggle with my own inner demons.

There are days when things go badly, and I come home frustrated and disappointed.  Then I set down to write.  Usually I use the opportunity to try to find some happy things in my world to talk about.  And other times, well, I don’t (‘sorry, readers: sometimes it can’t be helped…).

The 60-Second Science podcast alerted me to a recent publication on this topic from the University of Buffalo.  Dr. Mark Seery looked at how people cope with collective trauma, (in this case, 9/11) in the years following the event.  He compared adaptation among people who chose to express their thoughts and feelings vs. those who did not.  Surprisingly, he reports that those who chose not to express their feelings were less likely to experience negative mental and physical health symptoms over time.

So maybe bottling it up is, sometimes, for some folks, the right thing to do, rather than to sit down with the grief counselors?

I took this up with one of my Dutch colleagues today.  In the weeks following the announcement that our business would be transferred, the team went through an analogous collective trauma, angry about the decision, worried about their future.  They worked through it in a very open and emotionally direct process, using project meetings and counseling groups to talk through their feelings.  Within a few weeks, there was a widespread shift in attitude, as though a consensus had been reached about how to think and feel about the event.

So, we talked a bit about whether this group-process was better than the American approach of going it alone (I was not really comfortable with sharing my thoughts and feelings in social circles at the time).

Interestingly, he maintained that I missed the point of their meetings.  The Dutch are used to being included in decision-making, coming to consensus through their characteristic Poldermodel.  In this case, though, the announcement was sprung on them without warning or discussion.  So, it was natural to sit down and to argue about the rationale and fairness of the decision.  As a result, they could come to agreement about their attitude towards the parent company and to select the right response for their future.

I’m not sure that the exercise was as intellectual as he implies: I was there.  While their process was really healthy, it wasn’t conducted like a parliamentary debate.  The sessions were often emotional.  And when they were over, there was a palpable shift in feeling, not just in perspective.

Nonetheless, I liked the outcome.  They achieved a relatively quick and individually positive adaptation to a very difficult situation.  They were able to let go and, as a group, turn and move on with life.

So I don’t think that Dr. Seery’s findings apply in the process as it unfolded here: despite talking it out, most folks will do fine in the coming years.  Limitations and suggestions for future work: It would really be interesting to be a fly on the wall for comparable counseling sessions in both cultures.  I bet there are really some instructive differences in how the conversations unfold.