It was a nice day yesterday; appointments had not materialized, so I had time to wander New York a bit and see some of the areas around Midtown that I hadn’t had enough time to really explore before.  I visited the top of Rockefeller Center (beautiful views (above), cold wind, and trying to sell you something at every turn) and the Trump Tower (always trying to sell something, 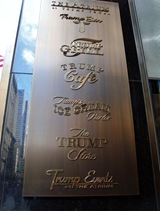 period (right)); Central Park and Times Square, of course, and a bit of shopping up and down the streets.

I like it a lot, its a wonderful city.  I was thinking about it’s future, though.  In many respects, it seems like the city is still absorbed by the mythology associated with it’s own past.  The monuments and landmarks are all cleaned up and highlighted, and their stories are told and retold at every tour, placard, and shop window.  There isn’t sense of being at the center of creating a future though: no areas that are setting the style, technology, social trends, or business models that the world will copy tomorrow.  Indeed, the elevator and street conversations that I overhear are more quiet shock and whispered fears of markets and jobs.

A local radio show host was asked if New York bonds are a safe buy: he had the opinion that the city had become a national shrine in the wake of 9/11 and no state or national government would allow it to fail.  Local theaters are doing brisk business in plays based on the French Revolution, including Les Miz and A Tale of Two Cities (the Musical).

All of which reminded me of an article that I’d read on the web about Paris: City of Museums or Museum City.

In it, the author acknowledged that Paris is a “magnificent city that boasts incomparable assets…

And yet, for a world capital, there is no buzz.

Mayor Bertrand Delanoé is accused of turning the French capital into a "sacred" city where stringent regulations prevent a natural evolution of the city.

Many of my friends believe Paris has long ceased to be an influential city where tomorrow’s artistic trends are conceived and launched. It no longer represents an attractive option for creators who prefer the excitement and vibes of other capitals. 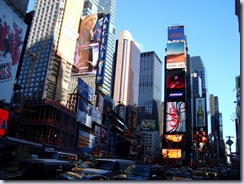 New York, too, seems quiet in somewhat the same way, and in the grip of some of the same constraints.  As I walk, I wonder, will it evolve in the same way, losing the vibrancy that made it a wonder and beacon for much of the last century. 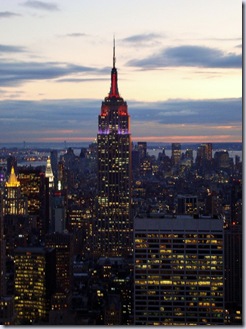