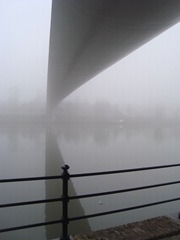 (n.)  A dream where future events are foreknown or forecast; a warning of future misfortune.

It’s been a year since I first learned of the plans to close our division in Arnhem.  The decision was finalized in early May, communicated on the 8th.  Summer was spent assuring the employees welfare through the Social Plan, transferring projects and assets back to the US, and closing down the facility.  It was a miserable job.

I’ve wandered in body and spirit over the ensuing six months, pressing to remain in Europe to take advantage of the unique opportunities and contacts here.  My mentors in the US recommended ‘trust and patience’: the organization had a lot of budgets, projects, reporting lines to sort out before the new fiscal year began in May.  There would be opportunities.

Later, some of them left; others shifted to new roles.

I networked heavily, moved to Maastricht, and laid the foundations for taking a different role: writing proposals, participating in working groups, taking on small projects.

At the holidays, I spent an long evening talking with friends to get my mind straight: there had to be a limit where I conclude that I’d taken this career as far as I could. There is a time when the risk of getting recalled to nothing outweighs the risks of moving on to something else.

February 1 would be when the groundwork starts to be laid.

March 1 needs to be the point where I engage some key tasks.

May 1 becomes the likely fork in the road. 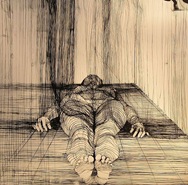 And so, this month, I’ve started in, getting started and learning a lot.  And, last night, I had a premonitory dream about it all.

It was really strange: Our GM from Arnhem sat down to talk with me about my career; a fellow project manager from Seattle shared coffee to discuss the alternatives.  A potential client reviewed his opportunity and the conditions for taking it;  another potential employer turned out to be just trying to sell me something.

It was all vivid, compelling, logical, just as though it really happened.  I laid in with the thoughts in the morning as the distant churchbells ran through the quarter-hours. ‘strange for the subconscious to arrange everything so well, but stranger still if it was anything more.

I still get notes from folks who worked for me up north, letting me know that they’ve found work or a project, that their lives are coming together well and they’re happily off on their new course.  Others genuinely retired.  Its probably past my time, coming.

It’s not yet an irrevocable decision either way, but day by day now I’m shifting weight, making the alternative more real as the past becomes less so.

Still, it’s a worrysome omen.  I do hope so hope that my plans aren’t simply a grand way of ‘sinking my own yacht’.