In the twenty-odd years since it’s creation, PowerPoint backdrops have become every speaker’s Charlie McCarthy.

Intended to give life and structure to status updates and sales pitches, the slide deck has, instead, become a wooden accompaniment to listless recitations in meeting rooms and lecture halls.  The dreadful examples filling SlideShare are enough to make me yearn for a return to acetates.

Many commentators blame the tool, but it can clearly be tamed.  My B-school gave us a half-day’s training with a whiz from McKinsey who taught us to storyboard, use action-titles, and adopt balanced color and graphics. Clif Atkinson makes similar arguments in Beyond Bullet Points tutorials.  The result better  illustrates a talk instead of simply repeating it. 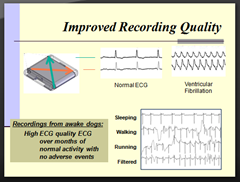 Alternatively, Saachi & Saachi recommend bold graphics and high-contrast messaging.  These grab attention, but I’ve found that they require perfect timing an coordination to be effective.  Also, overused, they get tiresome fast. 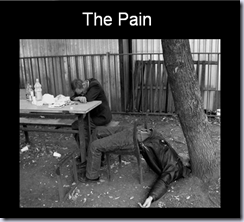 And they still don’t solve the fundamental problem of the the way that speakers interact with their slides.

Instead, return to Edgar Bergan’s interactions with Charlie.  The interaction is a dialog, straight man vs witty rejoinder, lead-in vs. double entendre.  The best speakers have a similar relationship to their background material. It doesn’t just support the story, it joins them in the narrative of telling it.

Seth Godin has few words or animations in his slides, but uses them as an ongoing commentary on his ideas.  Famously, Steve Jobs uses his slides as tease and tells, foreshadowing then revealing the reality behind his spoken reflections.  There’s a real rapport between the men and the medium. 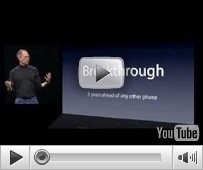 Creative or gifted amateurs can sometimes do almost as well or, failing that, at least provide some entertainment in trying.  Pecha Kutcha night, 20 slides, 20 seconds each, returns to Maastricht this Tuesday evening.  A dozen presenters will try their luck: it’s a bit of a poetry slam in  execution, but makes for a fun evening.

…and you can learn a lot about how to give a presentation watching people tell their stories, accompanied by a tight set of images.