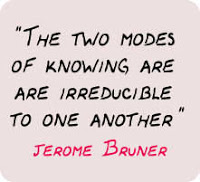 A lot of the difficulty that people have communicating may really be due to differences in how they think.

Generally, I think I communicate pretty well: At Cambridge, I was consistently surprised that I got better marks for my presentations than for my writing. I suppose that I could even score converational effectiveness by whether I understand what (and why) people are saying and feeling, and whether I can express my thoughts and feelings clearly in return. There might be Turing tests to pass: can I sustain a conversation, tell a story, understand a lecture or a play.  I’m pretty sure I’d do okay no matter what metric is used.

Yet, the real world doesn’t always agree. Yesterday, I was in a grant review for research project funding: two hours of friendly, but intellectually intense, back and forth with a very capable reviewer. For some questions, I saw the point immediately and exchanged the necessary information with minimal fuss. But other times, we would wander back and forth around the point before finally she’d suddenly exclam “That’s all I needed to hear!”  And then I’d feel a bit chagrined because I thought we were talking about a different issue enti.

The five hour plane / train ride back to the Netherlands was a good chance to reflect a bit on the experience, and on why this might happen.  I cataloged at least five mental habits that are important to my thinking, but probably are deadly in conversation.

I remember a Lilly VP who would ask everyone “Who calls you during the day and why?”, and another Fortune 500 executive who would lead with “Why are we having this conversation?” I suppose that just seizing the conversation and framing tightly enough can make communication more efficient, but I don’t think it makes it more effective. Instead, I try to take account of differences in how we all think, and then I find I can adapt to the pace and trajectory of conversation to get better communication, maybe better uunderstanding..