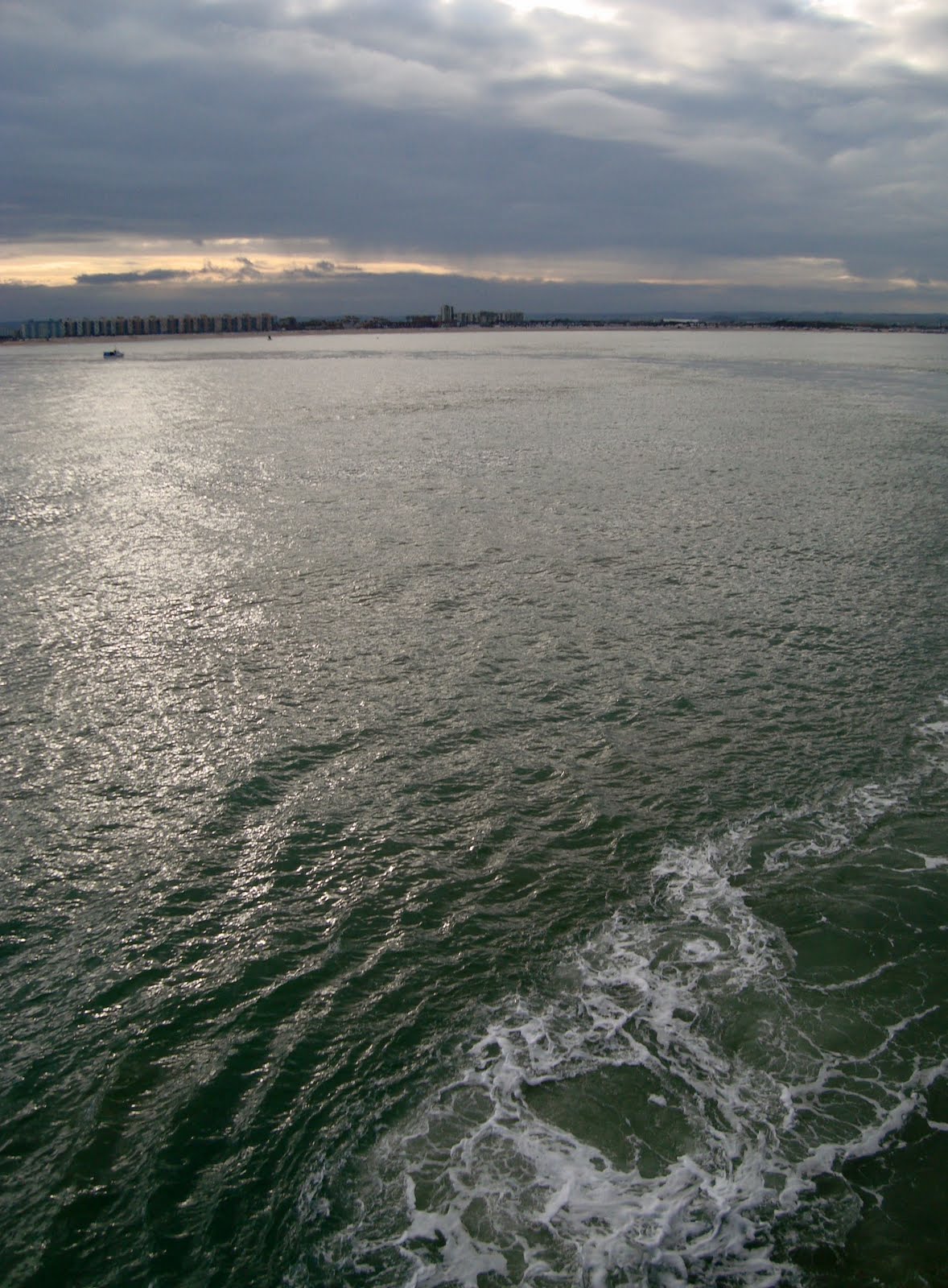 ‘Slow progress continues towards the submission of my Tier 1 Visa application: I met with the immigration consultants in London and we reviewed the whole package.

On the good side, the content is coming together well. I have all of the documentation except the testimonials from my accountant about my salary and business, and I should be able to secure that by next week. There are some online applications that need to be filled in, one with general background information and another about my links to terrorist organizations and my criminal history. Fortunately, I have a clean conscience on both scores.

On the bad side, the submission process surrounding the application is going to be a challenge.

If I submit through the High Commissioner in the Netherlands, I have to give them my passport for the duration of the application processing, four to six weeks, minimum. That means that I can’t travel to the US, or even to Great Britain, for over a month. I’m teaching a course at Cambridge through the winter, so that’s a non-starter.

Fortunately, there is another process, available only to US citizens, that allows me to submit through the UK embassy in LA, Chicago, or New York. Once received, they will process the application in one day. One day! Why would I ever submit in the Netherlands? Well, in part because you need to have a local address to get jurisdiction for the application assigned to one of those three offices. Do you have a home in Chicago? *eep* Relatives, parents… <sigh>

I think I’ve worked it out, but it really is always something… I am getting close, though. 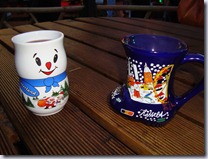 The Maasticht Christmas Market opened today at the Vrijthof Square; despite a steady drizzle the town was out for the colorful opening.

Everything was in it’s familiar place: the faux-garden for hot spiced wine, the shop filled with holiday trimmings, the german sausage stand, the SkyWheel.  There were new collectable cups (and I did, above), a couple of new fiber optic decorations (below, left), but most was comfortable and familiar.  Such is the stuff of tradition. 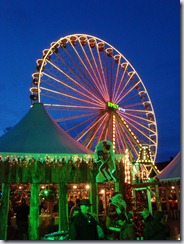 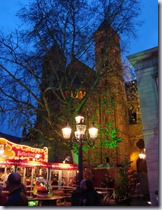 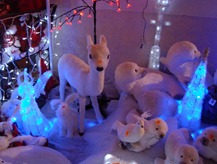 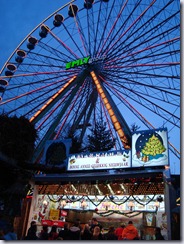 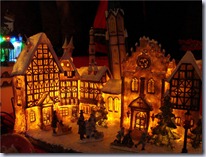 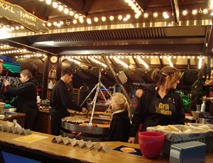 The 2009 edition of the HSBC Expat Experience Survey is out, you can get the free download here.  It makes for fascinating reading if you live overseas, if only to compare your experiences with those of others worldwide.

The Netherlands placed 17th overall out of 26 countries surveyed.  (Last year the Dutch placed 8th out of 14 countries on a much more limited survey, so, even though they’ve slipped in percentage terms, the results may not be comparable.)  Respondents say that the working hours and transportation are excellent, while it’s harder to than elsewhere to learn the language and to make friends.  In fact, the survey ranks the Netherlands as the second least friendly place for expats to live, ahead of only Belgium.

Some of the results are hard to fathom: Dutch is harder to learn than Japanese, for example, or that finding good healthcare is as difficult as it is in China.

I wonder about the mix of nationalities responding to the survey: I suspect that if people are used to settling food shopping, accommodations, and school in particular ways, then they you will favor countries with similar cultural organization.

The overall pro’s and con’s of the expatriate experience also ring true, although the financial and career advantages disappear quickly once you leave the corporate umbrella !

The benefits of being an expat:

Overall challenges of being an expat:

My appreciation to HSBC for creating another thought-provoking report.

Disclaimer: While I do have accounts with HSBC, they have not directed or influenced this blog comment.

I got things rolling midafternoon: the cranberries had already set and the beans were prepped, so the only bit in doubt was the turkey and the stuffing.

The recipe went together easily, soften the celery and onion in  butter, mix bread cubes, sage, spices, chicken broth…I tossed in an egg because my grandfather always did.  Mash it all together, stuff the split in the breasts, truss lightly with cooking twine.  That got to be a bit of a slippery mess, but I assembled the two breasts with stuffing between and it made a fairly nice presentation.  A toast and then the wait.

I let the oven cool inadvertently, and had the oven rack come loose during one basting, but otherwise the cooking was uneventful.  By early evening, the bird had a nice golden color, was warmed through, and the dressing had some body.  I packed everything up and was off to the Frijns.

They were in the spirit of things: a lovely set table, autumn leaf runner, some wine and candles. They had pictures of Pilgrims, but fortunately nobody had time to dress the part.  (There was a lively debate about whether the Pilgrims look Dutch, British, or Catholic).  The did a wonderful job with potatoes and salad: we substituted tarts for the pumpkin pie.  All in all, it was a lovely and recognizable Thanksgiving feast.

Yes, I took pictures throughout, but got home to find that my Sony stick had corrupted and all of them were lost.  I am heartbroken, but have good memories. 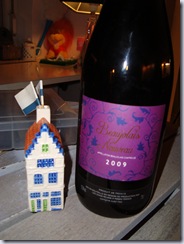 The nouvelle beaujolais hit the stores here in the Netherlands this week, 4 euro a bottle.  The price is right, even if I don’t know what I’m buying.  It’s the first sample of the vintage that will become 2009 and, although it’s taste will be raw and meaningless, there is some continuity from young to old that makes it worth a try.

Especially in this year, with so many new seeds planted in my life that it almost seems fitting to pause and give thanks for the hopes that may, finally, come to fruition in the years to come.

A fellow blogger is off to participate in a pre-meeting ahead of the climate change summit in Copenhagen.  He has good observations about the evidence for change, and I hope that he is successful in bringing these points forward.

Effective solutions are hard to come by, and failure is often blamed on social factors and political divisions.  In the US, in particular, this has become a “red-blue” litmus issue.  But I think that there is an economic side to the stalemate, one that engulfs more than the global warming issue.

I think that the pervasive economic belief in efficient free markets as solutions to social problems actually creates a lot of the difficulty that we have in solving large problems today. There is a religion in some quarters that worships global capitalism: problems are solved when production  meets demand and to adapts to resources; costs and profits define the best solutions within these constraints.

Thus, climate change, health care reform, the banking crisis, all meet cries for less, rather than more, regulation, for unleashing innovation and energy through private initiatives, and for global free trade in resources to keep costs low. Opponents are forced to argue that government regulation, whether cap and trade, a public insurance option, or stronger monetary oversight, will somehow be wiser and more efficient than collective entrepreneurs.

I believe in the virtues of free-market entrepreneurship, but it’s efficiencies decline when markets and processes are dominated by companies that have become too big to fail, have monopoly influence over politicians and markets, profit by financial engineering, or expand by acquisition rather than the hard work of building a real competitive position.

My suggestion would be that these excesses should be more generally curbed through regulation so that a truly competitive landscape emerges. Then we might successfully harness individual creativity to find answers, backed up by seed funding and a public option for ‘last resort’ action that assures private initiatives aren’t left to themselves. 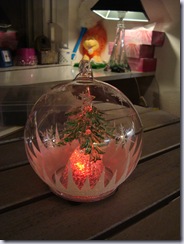 I’m making a real run at doing Thanksgiving at home in the Netherlands this year.  It’s not easy.

I found two splendid turkey breasts last night, and have found a recipe that suggests how to make them with a nice cranberry bread stuffing.  I’ve got a big bag of green beans waiting for an almond topping, cranberry relish already gelling in the ‘fridge, and big plans for a pumpkin pie.  My Dutch friends are contributing sweet potatoes, bread, and salad (besides their appetites), so I think we’re good to go.

The turkey breast will be a bit tricky since the game store removed the skin and bones, so it’s not clear how to hold things together so there is a cavity for the stuffing.  I put the question out on Facebook and got a lot of good ideas and suggestions, so I’m good to go there. (many thanks to all!)

Armed with my shopping list, then, I set off for the Albert Heijn for the last bits.

Spices are always a challenge in the Netherlands because people generally don’t bake (and why would you with a bakery on every corner?).  Spice names can also be non-intuitive (Muskaat – Nutmeg : Kaneel – Cinnamon), sage (salie) isn’t as common, allspice is unknown.  So it’s a bit of a scavenger hunt to come up with all of the ingredients or substitutes.  I didn’t do bad: slivered almonds were a puzzle, and I barely got the last bags of  cranberries (veenbessen).

The pumpkin pie was the impossible one.

The recipe calls for mashed pumpkin, eggs, condensed milk, spices, brown sugar, butter, all mixed and ladled into pie shells.  This is the archetypical list of things you can’t find in the AH.

I started by asking for pumpkin (pompoen).  The clerk headed for the vegetable section.  “Sorry, no, I need it already out of the pumpkin, in a can?”  The clerk looked baffled and a little worried.  A can?  We checked the veggie aisle; he said he’d never seen anything like that.  I asked another clerk if there was mashed pumpkin somewhere, making sqhishing motions with my fingers.  He brightened: absolutely!, and brought me pumpkin juice from the health food section.

Pie shells were no easier: the frozen desserts included lots of ice cream and fruit, but no pies or cakes.  Condensed milk brought5 me to the shelf-milk section where I had a choice of volle or koffie melk, but not what I needed.

It’s okay: dessert will be store-bought this year.  The important things are taken care of and I’m grateful to have even gotten a few calls from expat friends asking me to join them for celebrations.   Many thanks; friends are definitely something I’m thankful for this season.