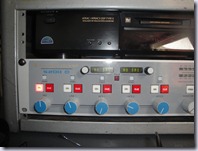 There was, apparently, a Drunk Dads component to the Father’s weekend at college.  ‘hard to imagine parents behaving worse than their offspring, but for some, the pull to relive their glory days was pretty strong.

My days of undergraduate glory were mostly spent behind the microphone rather than beneath a table, afternoon drive DJ at the legendary WRVU, 91.1, the Music Station.

So, when offered the chance to co-host the midday KUGR Rock-Sport radio show High Times in the Polouse with my daughter, I jumped at the chance.

We did a solid two-hour show, conversational and fun: she worked the board while I did colour. 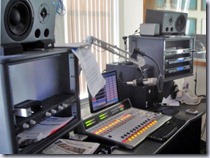 The control console has some familiar elements, channel selectors and volume sliders where they should be, but so much more is computerized now.  No records, no carts, no tapes.

We got the Dutch on-line to listen to the streaming version: it was fun being across the campus and around the world.  Problem was, we couldn’t find any of their requests.  The music library, a digitized collection, was filled with amazing gaps in classics and hits (No Jefferson Starship?  No ABBA?). 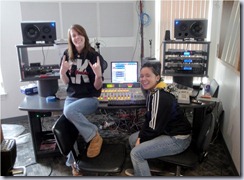 Okay, now I am showing my age…it was embarrassing enough to have to do the show with reading glasses on.