De Basiliek van Onze-Lieve-Vrouw-Tenhemelopneming is one of Maastricht’s more ancient structures, dating back to the 11th century and crowned with twin towers that are a signature part of the skyline across the Maas river. For months, though, its been without the turret over the south steeple while the western side of the cathedral is reconstructed and cleaned.

This morning an immense crane poked up from the square below to replace the missing cone.  This is a truly impressive piece of construction equipment, extending far above the rest of the town’s buildings and churches.

The first task was to hoist a workman to clean the cross on top of the northern turret. 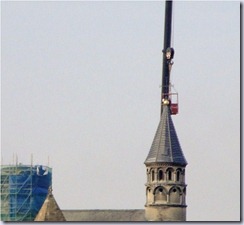 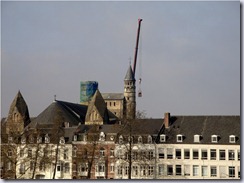 Then it swung around to pick up the rest of the church. 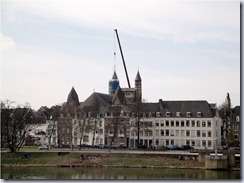 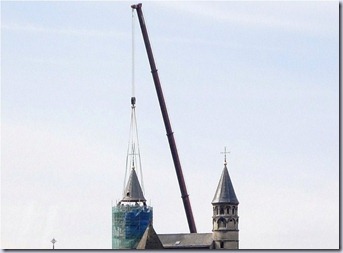 By noon, everything was bolted down, the crane snaked back down between the turrets, and the skyline was whole again.  Amazing stuff to watch. 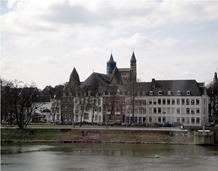 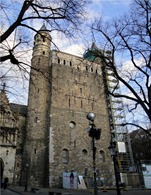