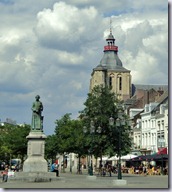 Ja, and it’s an easier question to answer than waar is t’huis, because almost anywhere  is affirmative these days.

I arrived back in Maastricht late last night after a busy week in the UK.  There were design meetings with Industrial Engineering folks, sorting through the use scenarios and interfaces between the transponder component of the remote monitoring systems and the home-based patients who will use it.  I appreciate the rigor that they use in diagramming out the interactions and considering alternatives for gathering and conveying information between devices and users. It’s good to think of this as a consumer product in addition to being a medical one – its a real art that’s intuitive only to Steve Jobs.

We also had a productive meeting with a drug discovery company who is trying to gauge the effectiveness of their new cardiac therapy. Increased regulatory concerns about safety and effectiveness are

translating directly into larger, more intensive clinical trials.  This opens a window for us to potentially place as many systems into one trial as we might put into a mid-sized city, an application that I hadn’t appreciated before.

And the week wound up with a visit to an early-stage investment network in London.  It’s a prestigious group which puts less than 5% of screened companies through to present to their investors, high-net worth individuals from across the EU.  We made our pitch, honed from months on the road with forums and networking events, and were accepted on the spot.  It’s an amazing opportunity, one that comes with grooming and training and a hit rate well over 60%.  This really 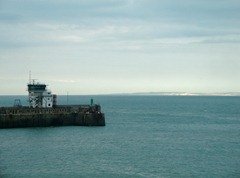 could be the break we’ve been working for.

So it was a weary but optimistic ride back across the Channel this week.  And, perhaps an omen, France was visible from Dover before we ever left the Docks.  Maybe the crossing is, indeed, finally coming into sight.