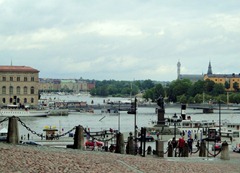 Stockholm has always been one of my favorite cities, red walls and green copper roofs nestled across islands in the center of blue water and evergreen wilderness.  I nibble Swedish game dishes in Gamla Stan, wander the many museums, ride the ferries, enjoy the people enjoying the brief summer.  It’s a wonderful jumping-off point.

The words seem more commonplace than I remember, clearly connected to the same roots as the Dutch.  I remember, decades ago when I was offered a position in (Maastricht and declined), I thought the language was more Scandinavian than Roman.  The familiar offerings of Haring and the Dutch artisans engaged in the shipbuilding history here bring it home as well.

It’s nice to see Bjork on the street corners: I know she’s not Scandinavian, exactly, but it’s nice to have a world with room for people like her. 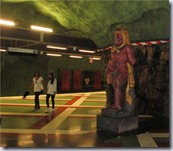 city: I remember a time, not long ago, when navigating foreign public transportation was unthinkable.  Cars or cabs, that was the only way.  Now I barely give it a second thought.  And there are always fun discoveries underground, like the Cave of the Frost Giant decor of one station. 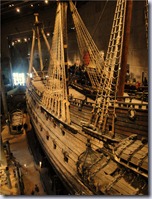 The Vasa still impresses: an enormous dark hulk from the past with a complete cultural history clinging to it’s rough flanks. Only400 years old, but so far distant in how people lived, thought, held necessary skills and connected with a much smaller and slower world.   Contrast it with the headlong rush to learn and discover captured in the Nobel Museum.  The first Prize was Physics: the story of the Vasa reminds you how quantitative science an engineering did, indeed, change the world.

A few more pictures that caught my eye or imagination…it is, after all, a vacation. 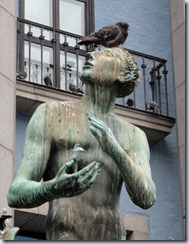 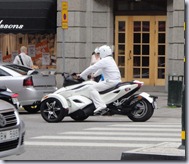 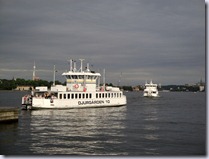 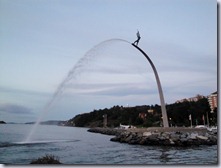 email
« On beyond the horizon
Stockholm by night »
Radar Weather