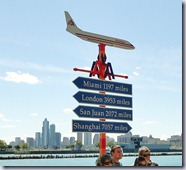 Work wrapped up with intensity approaching the three-day Labor Day weekend in Chicago.  It was a productive week but a busy one, unusual, too, for being in an office again.  I’ve been working from home and hotel rooms for a year, now, and having desks with colleagues nearby, all day, is a change.  I ended up plugging in the earbuds to keep the ambient noise down and to minimize interruptions for alternate hours.

On the other hand, it was nice to go out for the occasional lunch or chat on a break again.

There was also time to explore some of my old haunts  around the north side of the city.  I grew up in Deerfield, along the North Shore, and it’s unrecognizable after (ack!) 40 years away. I suppose there should be no surprise in that, but in my mind it all feels fresh.  That’s the place that I worked appliance repair for three summers (except it’s a carpet store now), that’s the restaurant I used to hang out in (torn down for an office building), that’s the blues bar (vacant), the liquor store (gone), the lakefront park (condos).  There’s always the feeling that an old friend might pop around a familiar corner, but it feels empty when I realize they’ve been gone decades.

There were two nice exceptions.

I drove by my graduate school apartment, and the first place I lived in when I got married.  Both were still there, well-kept, and looking like the day I left them. 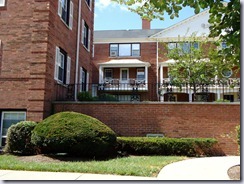 And the working town of Highwood was unchanged: the bar that we used to go to was still there, same tables, same sign.  I went in and had a Pabst for old times sake.

A Cambridge friend who has started traveling extensively for business asked about the possible effects last week. Where do you still call home?  Where family is; where I was raised.  Those are the things that you never lose, no matter how far and how fast you go.

What I now see that I do lose, though, are the friends and my neighborhoods.

They disperse and change without my even realizing it.  They don’t have the tight connection and frequent returns that keep family fresh, and so it erodes, year by year.  Finally, even the buildings are gone, until only the street names and the memories remain.

And this, despite the seductive illusions of Facebook, promising to deliver up friends as though nothing ever changes.