Facebook has a new app that analyses your status messages for 2010 and tells you what your most-used words are.  Mine turn out to be Dutch, Cambridge, headed (to), enjoying, –, pitch, (a) bit, snow, London, and weather.

I conclude that in 2010, I was a nomad with a good attitude and bad weather.

I had a full day between flights today; EasyJet from Stansted to make a 5:30 to Vancouver from Schiphol.  I weighed the alternative of camping in the KLM Lounge catching up on work against the adventure of exploring Amsterdam with a few inches of new fluff on it.  Amsterdam won.

The best part is walking the Singelgracht  in fresh powder: a few pictures along the stroll. 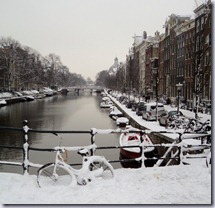 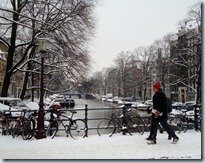 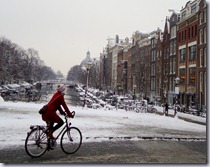 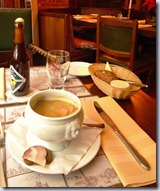 But, as nice as it was, it was nicer yet to step into a warm, paneled café for some warming soup and a brown beer.

And by the end of the year, I’d love to see my status words include success, happy, more, and relationship.  At the very least, I’ll resolve not to whinge about the weather so much.  It’s starting to make people doubt that I ever lived in Chicago.