As busy as Saturdays can be, Sundays are absolutely graveyard quiet around Maastricht.  I was up early to get some exercise in before the day got rolling, and there was nothing but fog and silence to share the ride with. 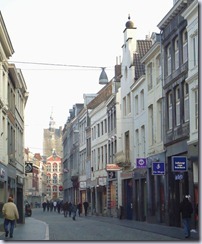 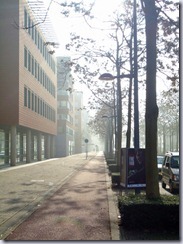 and, like the first shoots of spring, the first signs of Carnivale are also starting to appear.  It will be late this year, not until the beginning of March instead of mid-February, but the anticipation is there. 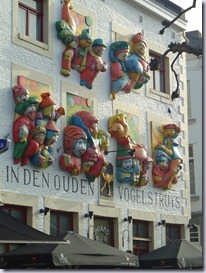