The Municipal Museum (the Stedelijk) in Amsterdam has been closed for too long, while the old halls being renovated next to the van Gogh museum and the new building lies half-complete and interrupted behind it.  So their collections of Mondrian’s and  Matisse’s, modern works and contemporary, have been visible only intermittently and occasionally in the Temporary halls.

This is starting to change now that the old halls have reopened, with 10 euro admission and daily access.  I took time for a stroll through the galleries on Thursday, their second official day of opening. 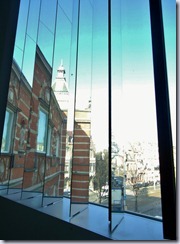 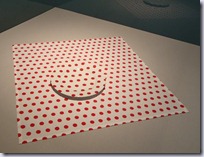 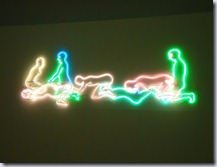 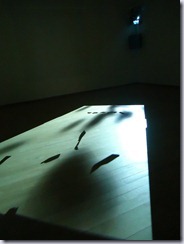 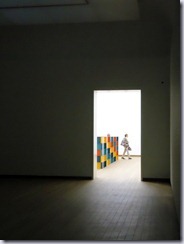 It’s good to have the museum back, even though it’s coming online slowly at this stage.  Several of the exhibit halls are completely empty, many have only a single work (although this may be intentional for some installations), and the staff is still in training (I tried to confirm that a large mural was done by Matisse and the first three staff people I asked had no idea).  My impression was that the works that are being shown so far are probably not their best pieces.  The newer installations, while  interesting, are not yet compelling, and I’m looking forward to seeing more of the major art return. 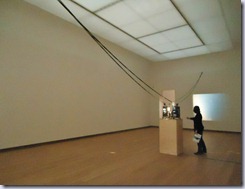 Nonetheless, it’s good to have the Stedelijk back.  Within a few weeks, things should be well up to speed and I’ll look forward to making a return visit.  (I really appreciate, too, that they don’t discourage photography inside the museum).