I have visitors in from the US, avid gardeners, and it’s (almost) the height of tulip season in the Netherlands.  So, where better than the Keukenhof Gardens, outside Lisse.  I’ve visited a couple of times, once in May when the grounds were bare and the beds were brown, and once in April when the blooms washed throughout the grounds and painted into every corner.  I hoped for a sunny day and a favorable timing this year.

Although short of it’s height, the Gardens were spectacular.  We had good morning sun and were ahead of the tourist busses, so the flowers showed well along the sightlines and among the sculptures.  I was surprised at how many statues and beds rotated to new displays, and the blooms and arrangements were very well done.  More pix will be on my Flickr site shortly.

Beat the crowds by going early, but beat a path to the Keukenhof.  Open through May, but it’s probably at it’s height for the next two weeks. 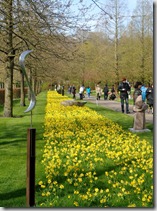 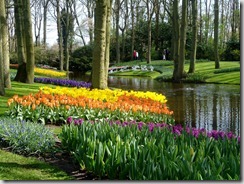 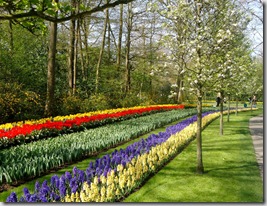 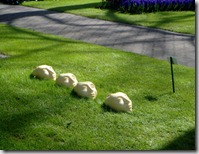 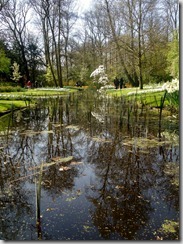 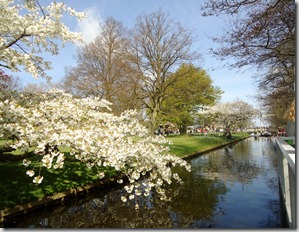 email
« Back in the Netherlands
Buckets of happyness »
Radar Weather