I watched The Adjustment Bureau with Matt Damon the other night – diverting and touches on some good philosophic issues. Are our actions determined (predestination), or our outcomes determined (destiny), or neither (free will)? And how could we ever know?  The movie’s “Adjusters” keeping people on track towards their destiny, at one point justifying their actions by revealing

If you leave her, she will become a legendary dancer and a world-renowned choreographer. If she stays with you, she will spend her life teaching dance to sixth-graders.

That is absolutely haunting; is it true? Can our lives be determined to that degree by our choice of affections? I want to believe that our talent ultimately carries us, modulated by partners who can help or hinder (and who we facilitate in return, who we mutually grow and flourish with). 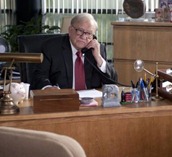 More prosaically, Barclays started withholding tax on my UK bank accounts, even though I’m resident in the Netherlands.  They gave me HMRC form R85: Getting your interest without tax taken off, but then returned the completed form to me, saying that it only applies to UK residents.

A bit of research followed, and the correct form is IR 105: Application for a not normally resident saver to receive interest without tax taken off.

I do like the clarity of British labeling: the comparable US form is called “Request for Taxpayer Certification”

And, yes, too much time is spent managing this kind of trivia.  But if you don’t, it’s death by a thousand small cuts.

When starting a  new company, there is always the question of how to divide the starting shares.  The easiest thing is to simply split the equity equally, or in proportion to contribution.  Now, Norm Wasserman, a Harvard business researcher looked at 500 US startups and found:

It’s interesting research: in my experience, I’ve found that folks contributing money often want a disproportionate share, arguing that they are ”the only ones with something to lose”.  They also tend to be more sensitive to having their proportion or terms challenged.  Work experience, entrepreneurial experience, and contribution to the founding idea should also count alongside the amount of capital invested into the venture.

And the negotiating tactics of contestants on Dragons Den and the Apprentice are absolutely miserable. They beg rather than trade and, predictably, the Alan Sugar’s of the world call their bluff every time and walk away with the deal.  It’s painful to watch.

email
« Thinking whilst on the beach.
A day out with the Board »
Radar Weather