I knew that this would be a different evening on walking into the anteroom.  For once everyone was my age.  Or even older.   ‘Shaking a few hands and making introductions, I found the second anomaly: everyone in the room had actually built something.

The circuit of networking events in London and Cambridge tend to follow a type and pattern. Groups such as the MIT Forum or the Pitch ‘n Mix are a blend of well-heeled investors and young hopefuls, talented, but all with something prove or to sell.  Social evenings become speed-dating events, looking for the right person who believes and accepts you for who you say you are.

This group had a more clubby feel, people who wanted a relaxed venue to share stories and ideas.  There were people who pioneered digital television systems, mobile telephone software, early computer operating systems, and text parsing systems.  The speaker, a principal from the Technology partnership, came prepared with a dozen slides recounting the pre-history of technology companies in Cambridge.  He apologized that his remarks would only take fifteen minutes.

For the next three hours, everyone chimed in with their reminiscences of people and events, amending and embellishing one another’s stories.  There were folks who met the founders of Aero Research, had used PYE wireless products, and knew the  Marshall family story.  The Sinclair people squared off with the Acorn people.  There was a debate about whether Cambridge Consultants spun out or kicked out Domino, the folks who invented ink-jet technology.

And the funny glyph, above, is  the original logo of the Cambridge Instrument Company, founded by Darwin’s youngest son.  Engineers will understand the Cam centered in the Bridge circuit.

It was a delightful evening.

CHASE holds meetings monthly, and a compendium of stories is being built up for a book: the Cambridge Phenomenon.

And, separately, LinkedIn did a deep dive into their membership roster to see who the Entrepreneurs were.  The results are shown below – only 5% are over 50 !?  Yike…whatever became of all the boffins? 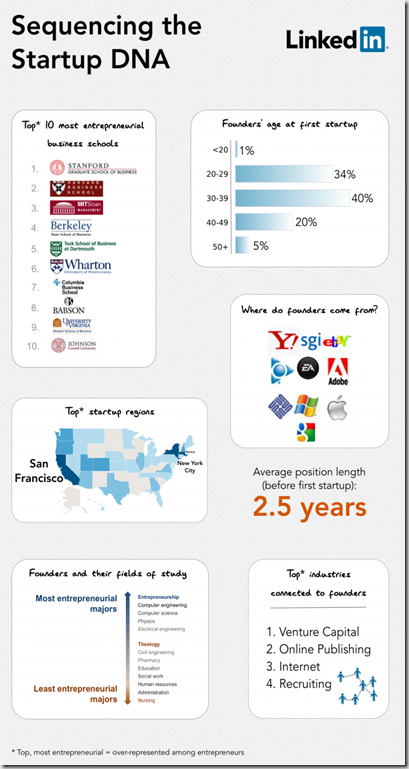