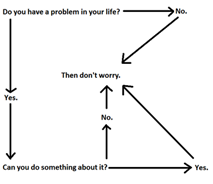 Maybe I should go back to writing about China.

I headed back to the Netherlands this morning, weighing the alternatives of train, car-ferry, and airline before settling on the Eurostar.  £89 round-trip fares from London to Amsterdam are being advertised, but I was only able to find a £69 one-way to Maastricht. Still, it beats Ryanair/NS or Total / Norfolkline this time of year.

A 10:57 departure from St. Pancras allows for a leisurely trip down from Cambridge/Royston, usually less than a 1-hour trip.  Unusually, when I checked the National Rail website ahead of walking to the station at 8 am, I discovered that all trains to London were cancelled (‘National Rail regrets any inconvenience that this may cause.’).

It seems that an overhead line problem between Kings Lynn and Ely stranded a lot of trains, while a broken engine blocked the tracks somewhere near Hitchen.  Delays of over an hour were already being reported; a quick call to Panther confirmed that there was already a run on taxicabs.

I tossed bags in the car and headed to Royston, where at least occasional trains were reported to be leaving.

The first obstacle was long-term parking.  UK stations subscribe to an automated payment system, improbably called myringo.com.  Dial in, enter your license plate, location, and credit card, and you’re parked.   The first problem was that the system didn’t recognize Dutch license plate configurations – it  sent an SMS to the phone, asked for the plate in a return text, then a call back to confirm the text.  Meanwhile, the stationmaster was on the loudspeaker: All passengers are advised to board the train now in the station; severe delays of up to an hour are expected until the next train.  I hammered frantically at the phone; RingGo’s voice recognition mangled every American utterance.

The station was empty and quiet as I dashed onto the platform.  Two technicians bent over a flickering yard status board, LED-red showing everywhere.  “Are any trains getting through?” Hard to say.  “Any guesses?”  Hard to say.

Nonetheless, an express appeared, somehow routed around the wreckage to the north. It slipped through the maze of rerouted trains and filled platforms and arrived at King’s Cross 45 minutes ahead of the departure.  With entry gates open until 30 minutes ahead, I was home free. 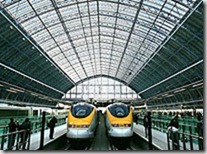 Then I hit security, who decided my cable- and book-filled luggage was likely a terrorist threat.  We camped out at the x-ray, one guard and me, while she picked up, shook out, and inspected each (and every) item in my suitcase.  One at a time, deposited in a big box next to her counter as she finished.  Each package had to be opened; every book had to be riffled.  And, at the end, she handed me a big box of my tossed belongings and my empty suitcase, asking if I wanted help.

I still made the train, though not by much. My random seatmates, a Dutch family returning home, couldn’t have been nicer.  And, emerging from the Chunnel, the clouds opened up, and the sun came out, and there was a whiff of Belgian wafels in the crisp autumn air in Brussels.  My attitude progressively brightened; my ear gradually tuned back towards Nederlands.  ‘Not sure that the car will still be at the station on my return, but there’s every prospect that, with the worst behind, I might get a good week ahead.

email
« Katrina and Nola
Back among the Dutch »
Radar Weather