For the past week, the Dutch press has been buzzing about comments made by Republican presidential candidate Rick Santorum of February 3.  I don’t think that the story got a lot of coverage in the US: the Dutch coverage was actually more enjoyable.  Accompanied by video, it’s reminiscent of the infamous Bill O’Reilly Amsterdam rant from three years ago

Santorum related how involuntary euthanasia had become common in Dutch hospitals and now accounts for 5% of all deaths. The situation has become so bad that the elderly are fleeing to find care abroad; those who remain in the Netherlands have taken to wearing bracelets begging care providers not to euthanize them.

It is completely false, of course, voluntary euthanasia has been legal since 2002 and currently accounts for 2% of all deaths.  The law provides for layers of review and a waiting period and, while there have been occasional cases where the rules were not followed (9 among over 2500 euthanasias in 2010), doctors can be charged with murder if the rules are not followed.

The Dutch press reacted with a range from amusement to outrage. The Ministry of Health issued a statement that such bracelets did not exist. Parliamentarians demanded an apology.  Newspapers asked why Americans would vote for someone so unqualified to be a world leader.

For me, it’s a difficult thing to explain in conversations.  I always struggle with how to rationalize right-wing fantasies of death panels and European socialism to Dutch friends.  Parochialism, misplaced exceptionalism, audience pandering: those are the obvious antecedents.  But I do think that there’s something more fundamental involved.

It is a confusion of conviction with belief. 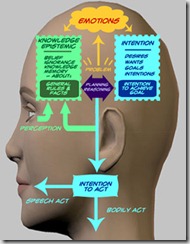 We all have convictions, deeply held statements of how we think that the world should be.  We all want health, peace, prosperity, opportunity.  And we look for ways that we can change the world for the better, aligned with those convictions.

Looking for thing to change, we work from beliefs, deeply held statements about how the world is.

In many cases, and especially in this one, a good story just reinforces beliefs.  And that, in turn, bolsters convictions and justifies actions: it becomes campaign policy.

I don’t know how to change wrong-headed beliefs.   Objective news reporting, peer reviewed science, evidence-based medicine are all under attack because they run counter to people’s beliefs.  Indeed, the culture wars are all about a perception that institutions are trying to change convictions by assaulting belief, that critical thinking corrupts values.

And that is the belief that needs to change.