Some time ago, I shared an article on age and entrepreneurship.  The recommendation was that nobody under 21 or over 38 should try it: young people wouldn’t be taken seriously, and older folks don’t have enough stamina.

It stuck me as a nonsensical guideline at the time.  One could easily say the same thing about expatriate life, but I know wonderful folks at both ends of the age spectrum who do it really well.  And when it comes to starting a business, 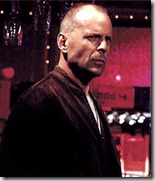 I use Bruce Willis as my model: When the world needs to be saved, he knows who to call and how to keep things in perspective.

So, there was no small measure of vindication in the Economist’s article about Older Entrepreneurs last week.

Based on a study of 500 US startups, the researchers found that the average age of founders of successful new technology businesses was 39.  In fact, there were twice as many successful founders over 50 as under 25, even twice as many over 60 as under 20 (for the record, I’m 57).  The Kaufmann Foundation has reported that the highest rate of entrepreneurial activity is among people aged 55 to 64, accounting for 23% of all new enterprises.

The article doesn’t speculate as to why either of these studies should be true, but I can make some guesses.

With regard to the higher rate of new business formation, I think that a lot of older folks simply have no alternative.  If they lose a job (or, like me, become discouraged with the one that they are in), changing jobs or retiring is not an option.  Starting a new business is attractive because it builds on skills, experiences, and networks that we’ve already established.  And the temptation of having creative control,  a choice in who we work with, and keeping the money we win are all powerful incentives.

I think that the top three qualities that translate business potential into success are flexibility, persistence, and a willingness to learn.  If Plan A fails, you have to be able to turn to B, then C: we’ve all bent with circumstances in our careers and made the proverbial lemonade from lemons.  You have to outlast the system and never give up: that takes confidence, perspective, and patience (especially during fundraising).  And while you think you know it all, you have to know that you probably understand about 20% of what you need to know: being humble and willing to learn from others and from experience is crucial. 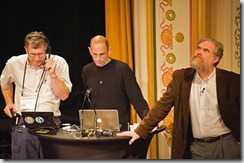 I do know very clever and very energetic young entrepreneurs doing amazing things with technology and media.  I know that some of them will hit it big.

But, from a standing start, I have always been inclined to bet on the boffin with a twinkle in his eye, the one who says it can be done and knows who to call.

email
« Why expatriate?
…and back to Europe (and more snow) »
Radar Weather