I keep notes as the week goes by, jotting thoughts to share and ideas to ponder.  None quite rise to the level of stand-alone essays, so I’ll take today to do a Tumblr-dump of some ongoing events.

I was pleased to present to the CETC (Cambridge Enterprise and Technology Club on Thursday night: it’s a good group of technical folks and lots stayed for conversations afterward.  Although the evening was billed as Medical Robotics, the moderator told us to present any topic of interest.  I passed along some ideas for creating next-generation products for remote patient monitoring: I’m convinced that there are good technical and business models that will lead to significant advances in healthcare outcomes and cost containment.

TED-Why we age and how to avoid it.

Aubrey de Grey of the SENS Foundation then presented ideas on how human lifespan could be doubled.  He’s an engaging speaker and it was fun to exchange some questions with him.  An interesting evening juxtaposing lifesaving technology with the notion of eliminating death.

The Slate Culture Gabfest made the intriguing observation that TED Talks are really just pitch competitions for ideas rather than businesses.  Is it a suitable substitute bridging the university seminar and the review article?  Or is it the only way that weighty ideas can get heard by a mass audience?  I agree that they seem to end just as they are getting interesting, and that the format encourages presenters to be glib rather than insightful.

I was listening to a podcast that explored what the worst knock was to someone’s self-confidence and motivation.  They concluded that was absolutely soul destroying to want something really badly, get it, and then find out that you didn’t have the ability to succeed in it.  I can think of several folks who have disintegrated as executives and expats for exactly that reason: they retreated to much smaller lives afterwards, afraid to venture out again.  Sobering scenario.

Fundraising absolutely stops Operations. It is not only wholly time consuming for both officers and the Board, but it’s impossible to make commitments without money in the bank.  As a result, we effectively have to pause and restart each time we go out to raise money.  On the positive side, we closed this round with a 20% oversubscription in three months of intensive work.    Great job! 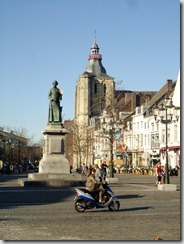 On the other company, one of our fundraisers met with a New York investor, who said that a) we were worth $20 million, b) he would be willing to advise us for 10% of the company, and c) he wanted to recommend a CEO to start immediately.  It rubbed me wrong for at least five reasons, a) he didn’t take the time to meet (or respect) us before offering advice, b) he wanted $2 million to advise us, c) it violates basic ideas of fairness, of sharing equally in the work, risks and rewards, d) potential for loss of control, and e) I don’t need an outside advisor or CEO  telling me what to do.  Of course, I need to get over it and examine the proposition. It’s a Shawn Fanning moment: would I give up $2 million equity to make my company worth $100 million rather than $10 million.  It also points up my tangled relationship with authority, where I’m both deferential and dismissive, unwilling to take a stupid order just to show loyalty.  Not yet…

I think that I’m getting to the point where the answer to a business coach’s question, “What’s stopping you from being better than you are?” is “The Laws of Physics”.  I need to be in two places at once and add four hours to the day.  Hiring an intern won’t help.