Back in the UK for a few days – I’m leading our first shareholder meeting, kicking off prototype development, closing up the quarter’s teaching at Cambridge.

But the weather is just awful.

‘more like winter than spring, it’s been unremittingly grey, cold, wet, and windy.  Apparently things are better up north (I got a call from Skye, where all was sunny and calm) and I hear that the Dutch had a decent weekend.  But in the normally arid East of Anglia, April is shaping up as the wettest month on record.

In the village, this translates to mud.  It cakes onto shoes, tracks onto carpets, and congeals at doorsteps where people try to scrape their shoes.  The annual carnival packed up their booths and rides and quit the green after getting two lackluster patrons in as many days.  Birds and bunnies seem equally bewildered in the fields behind the flat; the yellow fields of rapeflowers are struggling between bloom and dormancy. 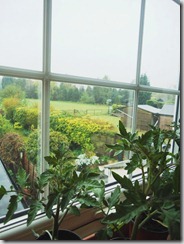 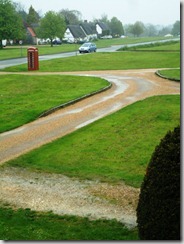 At this time of year, in these conditions, I worry again about the North Atlantic Conveyor.   It’s a huge delicate thing, ferrying water around the world driven by thermoclines and differences in salt density.

It also keeps the warm Gulf Stream aimed at Europe.  If it should ever reverse, due to excess fresh water from icecap melting, warming, or circulation changes as new waters open up, our weather would be more like Alaska. 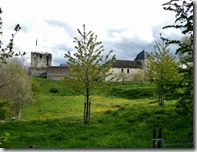 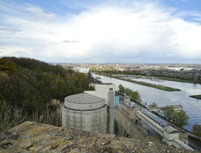 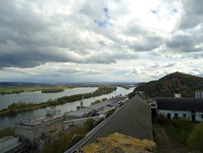 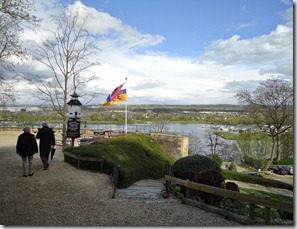 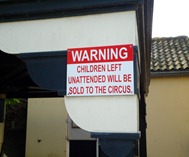 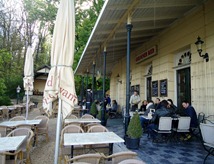 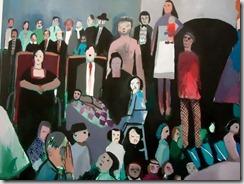 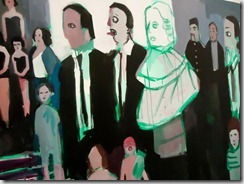 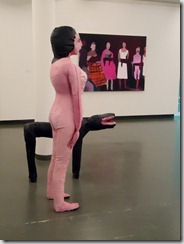 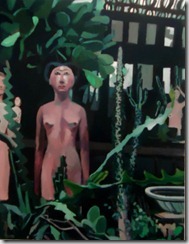 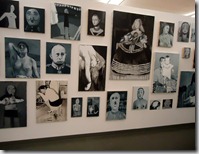 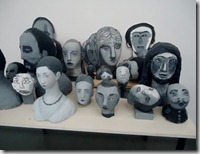 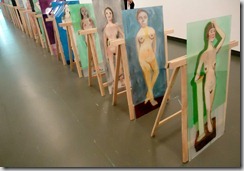 Two years ago, I gave in to necessity and leased a Ford Fiesta.  For the prior year 2009, I had geared around using bicycle, train, and the occasional rental car.  ‘Very green (okay, except for the 130,000 air miles, but that was business).  But by 2010  the ramp-up of my UK startup meant meetings and pitches.

It meant a car.

I had to lower my sights from the sporty BMW / Peugeot coupes that I drove as a corporate expat (those were the days of unlimited miles with subsidized fuel) to something more praktisch.  Wil and I tried a lot of different models before I decided on the blue Fiesta, then we negotiated the lease vs. buy, personal vs. business thickets.

In the end, the lease ran about 350 euro /month, all inclusive, for car, maintenance, roadside assistance, insurance, and vehicle/road taxes,  It qualified for green tax credits and I got VAT returned; it sipped gas (initially).  The only unanticipated problem was that it takes months to deliver of a car in the Netherlands, forcing me to rent for two months.

The other problem was, well, it was a Fiesta.  Within two years, I promised myself, I will  be rich and back in a BMW.

Or it will be a sure sign of failure.

I actually like the car a lot.  It has all of the cool  media, voice, and backup sensor electronics, holds a surprising amount of cargo (but not a bicycle), and grips the road nicely in bad weather. One difficult blowout during a rainy night in Dover was swiftly and competently dealt with by LeasePlan.

So, I headed back to Jos Brogman to strike a deal on a replacement, this time allowing for two full months to delivery.

My old salesman had gone (He sells much nicer cars now, they assured me.  Lovely: at least one of us moved up), but the new fellow seemed young and earnest.   We got down to it.

The first offer for a lease was a third higher than the online offer, so now we got down to hard bargaining.

But the Dutch are ruthless negotiators.

The tax laws are changing June 1 so there is a rush on to get cars ahead of the deadline. A pitiful gambit: I’m not picky about colour.

It turns itself off at stoplights to save fuel.  That is not actually a reassuring feature.

I told him I’d go think about it and come back tomorrow.  He told me it was his day off and we could talk Friday.

I hammered at the computer and he sent e- mails, as each of us countered with one final offer after another.

For three days we rocked the terms and options around until we both found a sweet spot.  For him, it’s about X-options and Titanium packages.  For me, it’s

about swallowing pride and getting a  fuel-efficient diesel.

For three years, this time.

Then the BMW.  Or a really tricked-out Fiezta.

We spent the day riding bikes through the tulip fields in Lisse, north near the Keukenhof Gardens, and enjoying the Bloemencorso Bollenstreek.  It was a cloudy day, not the best light for taking photographs, but the rain cleared in time for the flower parade.  Young and old filled the bands and floats; there were debates about the number and quality of this year’s displays compared to others.  But it was a nice community event: I wonder if it’s also the type that may not survive the passing of another generation. 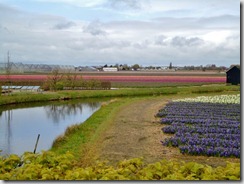 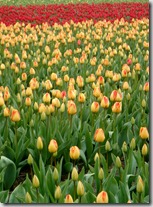 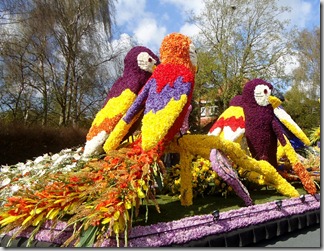 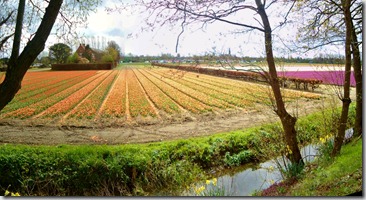 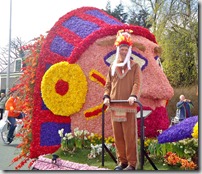 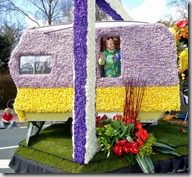 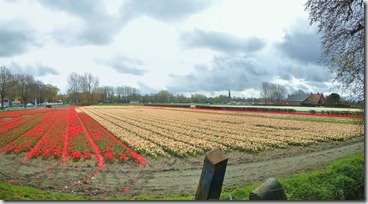 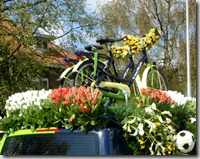 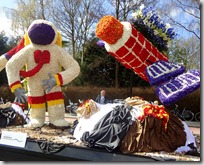 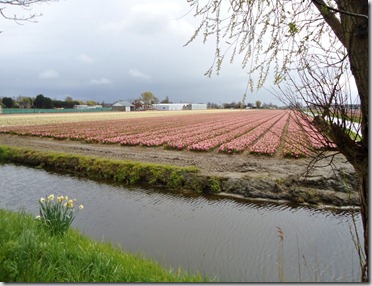 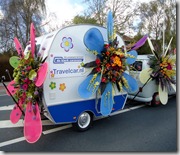 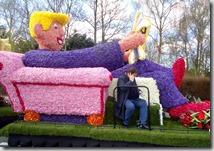 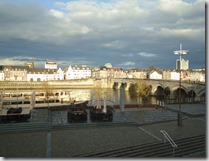 I moved to the Netherlands in 2007, a corporate expatriate assignment for management and product development.  When it ended, I left the company, as many expatriates do: it’s one of the biggest problems with international human resource management.  Unlike most, I chose to remain overseas, setting up a new Dutch business and working on international opportunities to develop medical devices after the formal end of my assignment.

My reasons for staying were a mix of ambition, connection, life balance, and challenge.  I thought that they were likely unique: I knew a lot of people who stayed because they had married Dutch people or had put down roots during long-term assignments, but none who stayed for entrepreneurship.

Why do people make the jump from short- to long-term expatriate careers?  Maria Crowley-Henry recently analyzed the issue in her paper Twenty-First Century International Careers: from Economic to Lifestyle Migration, focused on expatriate settled in France, but with conclusions that likely hold true more broadly.

She begins by noting that ”career” is a narrative, a continuous process of acquiring competence and recognition, used to create the next step into the future and further growth.  At one time, career progression was managed by companies, but employees now write their own stories.  They gain experience, they develop self-knowledge, leading to formation of an occupational identity grounded in their talents, needs, and values.  These identities could be, for example:

Alongside self-managed career narratives and the opportunities created by globalization of products and labor.  “Mobile workers move up any ladder onto which they can get a foot,” she notes, creating boundaryless careers that do not evolve within a single organization or country.

All well and good.  But when a self-defining, mobile, boundaryless worker makes the transition to being a “bounded transnational”, what factors drive that choice?

The reasons were really interesting (I’ve put the number or respondents giving each reason alongside).

She concludes that, while economic factors may have brought people into expatriate assignments, lifestyle factors are the ones that cause them to settle down as permanent residents in their host countries.  These include

• the individual (unique characteristics of the person);
• the individual’s stakeholders (e.g. family);
• the job in question (tasks, rewards) and the work environment (colleagues, policies);
• host country elements (amenities on offer, weather, environment); and
• the wider society (socio-cultural factors, such as the extent of the multicultural community; labour laws, minimum wage, maternity benefit, etc.).

Broadly, it rings true for me: lifestyle is the largest factor: even the elements related to career are likely part of it.