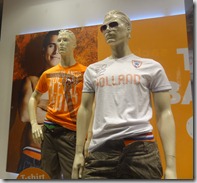 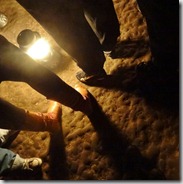 It’s a beautiful summer day in the city (as it seems to be, finally, across Europe). The café’s have filled along the riverside, racing spandex is back in fashion among cyclists, and every hand holds ice cream.  Football matches are underway at a beach recreated in Markt Square, while the real European Match is warming up in Amsterdam.  Orange flags and togs are appearing everywhere. 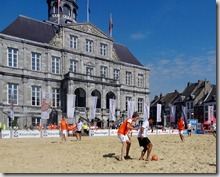 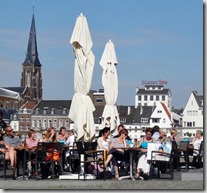 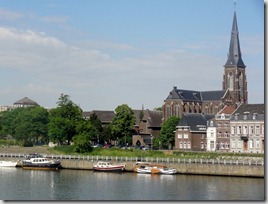 Alas, our local group of expats decided that this perfect day is better spent underground.

Actually the outing to the Maastricht Underground (Kazematten)had been planned for a while.  The city is surrounded by ancient tunnels and fortifications that form successive defensive rings, dating back hundreds of year.  During more recent wars, they were refuges from bombs and fallout.  Two thousand people could be accommodated.

The tunnels are long runs of brick arches, passages numbered and pitch black.  The history (explained throughout in Dutch) is fascinating: the city fathers tried to stay ahead of a growing population and successive losses to build ever stronger and wider protection, following the latest military thinking. Women worked alongside men to dig the trenches and cover the tunnels. 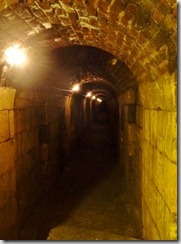 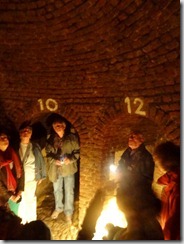 The civil defense sections are are white rooms filled with cold cots and rusting air-purifiers. It has a retro BioShock feel: faded civil cartoons on the walls amidst decontamination showers. Creepy: be sure to stay close to someone with a lantern. 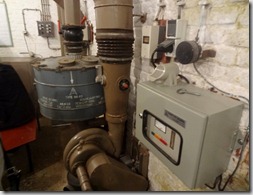 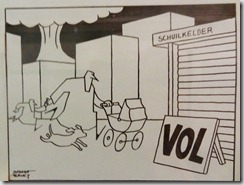 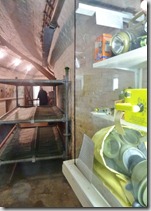 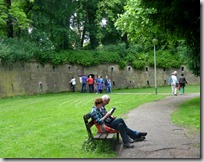 Fittingly, today, it’s all a park and a museum.  The invaders finally left, the bombs never fell.  And so we picnic on the hills and lie in the sunshine.  It’s the best use that the builders could ever have envisioned.