Mid-evening, jazz drifting through the windows along with the breeze, tables clattering as the ober closes the terrace café across the street.  It’s starting to feel like summer along t‘skade.

The tapas place downstairs has closed after one year, it’s gone to bankruptcy court so there won’t be a replacement for some time.  Everything needs to stay as it was while affairs are settled, so the whole restaurant will sit empty and ready for the next day’s opening, dust collecting on tables and glasses.

Meanwhile the pole dancing place up the street has opened: bistro by day, girls all night.  The local shops and restaurants have been fighting it for a year, but it looks like the decision went against them.  I suspect this won’t be good, but time will tell.

I dropped the Fiesta off today, it’s been a good car for the past two years, formative for the businesses, impossible without it.  The agency made a big deal about a few minor scratches, but I know it’s theater.  The new one won’t be in for two more weeks, there;’s just no way to predict Dutch delivery schedules any closer than that.

I found a local Dutch woman willing to give lessons for €7.50 per hour.  So I’m going by a couple of times per week for tea and conversation, just getting comfortable with speaking and listening, correcting pronunciation and building vocabulary.  I think it’s what I’ve needed to get rolling with the lessons again, forcing some engagement and commitment to the project. 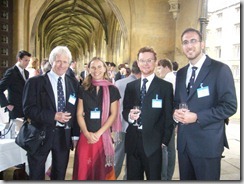 A group of students (and one professor) who helped to found CamStent with me five years ago met at the alumni dinner last week.  Everyone is off on new projects, all doing well.   Its fun to remember the enthusiasm and idealism of those early days, pat ourselves on the back at how far it’s come.  It’s not complete by a long way, but nice to toast the success so far.

I’ve met with several high-level research folks from BigCo where I used to work.  Everyone is feeling kind of dispirited: a new CEO with big ideas for change has closed many worthwhile projects and decimated people.  I don’t know I the b-schools really teach the consequences of losing momentum, talent, and networks in the rush to re-engineer the org-chart.  But I can see it in the plans that the best people are making to be Somewhere Else, soon.

The trumpet hits wailing high notes to scattered applause; the clock races towards midnight.  The the news chatters that health care reform was saved by SCOTUS.  Endings or Beginnings.

Or, as with all things, both.