The BBC has shifted into high gear, streaming over 20 channels of continuous coverage from the Games over the internet all day.  Not a great thing in Barrington, where connect-speeds approach dial-up velocity when the wind is at our back.  BBC1 is focusing on equestrian, swimming, cycling, and gymnastics in hope of catching the glint of national gold.  So far, though, its been disappointing in the evening wrap-ups.

In the absence of medals, coverage has been focusing on the lack of spectators in the low seats with the best views.  It seems that the sports were reserved for “Olympic family”, sponsors, officials, and allied staff.  The organizers are clamping down and there are tranches of seats released for sale several times each day: it’s worth checking the site for sub-£50 seats for many events.

I’ve been looking for the Sailing events: Ben Ainslie is putting on a good event, cunning on the helm and pumping the sails as he

overtakes everyone except the amazing Dane, Jonas Hogh-Christensen.  I especially like the Skiff racing, the 49-ers that skip blindingly fast over the wave crests.  The Dutch  usually do  well in cycling, swimming (their firt gold medal this year) and track, although the women have done well in sailing previously and it will be fun to see how Marit Bouwmeester and others fare this year. 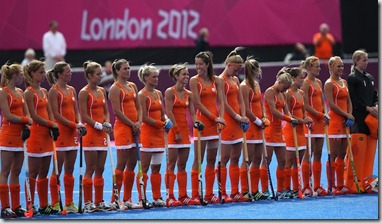 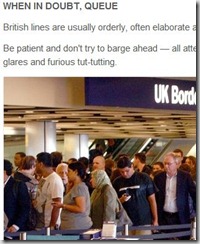 London continues to be very quiet: fears were that the transport system would grid-lock with the start of the work week.  Most people I know have taken work home or scheduled a two-week holiday.  This leaves the city to the visitors, who are being deluged with guides on how to behave.

All in all, the games have been fun in themselves and an opportunity for national self-study.  The weather has even cooperated: a few days of uncharacteristic sun ahead of rain and cold returning mid-week.