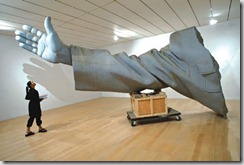 Growing up, I wasn’t exactly the biggest, strongest, richest, charismatic, or cutest kid in the group.  (I note, of course, that it’s all different these days…).

In the absence of “strong power”, muscle or money, I found my level through alternative means.  I was joining lesser recognized activities (computer assistant, flute section, science club, props master for the school plays, recognizing what I was good at (math, science, boy scouts) and building a circle of like-minded friends (many are still on Facebook).

Diplomatically, this is essence of Soft Power, a 90’s concept of building global political influence through attractive culture,  progressive policies, and tolerant political values.  For many years, the Netherlands was a “Soft Power” leader among nations; cohesive, confident, socially inventive.  However, conservative politics, immigration issues, and global recession have all eroded the image: Finnish education reforms or German mittlestand are more likely touchstones today.

I was thumbing a copy of Lewis’ When Cultures Collide, an excellent guide to working across cultures, and the specific section on Dutch business norms.  Here’s his outline of how decisions get made in the Netherlands:

Delightfully true, but not an attractive beacon for others.

This month, Tyler Brule’s Monocle Magazine released it’s third annual “Global Soft Power” survey, ranking nations according to their influence on world affairs.  The Netherlands have fallen from 10 to number 15, between Norway and Spain, based on a combination of  politics, diplomatic infrastructure, cultural output, capacity for education and appeal to business.  Britain was number one this year; two winners were from Asia and

The Dutch need to be selling their contemporary culture and get over their contemplative decade, was the short verdict, noting that there is still an intense internal debate about what it means to be both modern and Dutch.

it’s interesting to think about: is Soft Power important for the Netherlands, should they care about a decline in influence, and what can they do about it?  I think they have to care: the Dutch will never be a great military power, and becoming a financial hub would require destructive changes to their culture.  The remaining option is to lead by example and influence rather than by force (co-opt instead of coerce, in the words of political scientist Joseph Nye).

I suspect that building a progressive, inspiring, attractive face to the outside world starts with doing more good things for your own people as well.