Today was the Dag van de Bouw in the Netherlands.  Construction sites are opened all across the country to let people see what the builders have been up to.  And, in Maastricht, there is no bigger project than the sinking of the A2.

The A2 is the main North/South highway through the Netherlands, connecting Maastricht with Amsterdam.  It cuts through the center of Maastricht, dividing the city as decisively as the Maas river.  It was dotted with traffic  lights, and was a notoriously slow passage, lined with ugly apartments and gritty sound barriers. 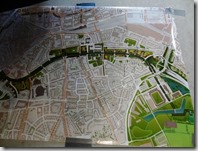 For years, there have been plans to move the highway underground, with a lid and a park over it, and ground was broken last year.  Today, the public was invited to see the progress.

First impressions are of dirt and water.  The holes are huge and filled with rubble from the broken-up apartment blocks.   The water table from the river lie above the two levels of the tunnels, so there’s a big effort involved in holding the walls and the river back. 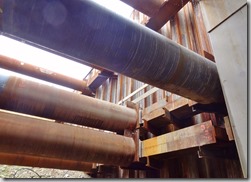 Of course, anything that involves water attracts scrutiny. 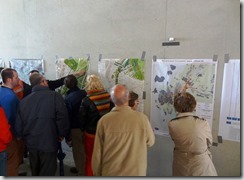 The men prefer examining the equipment; the children pose on it.  My neighbor told the television crew that she came with her husband so that he could explain everything to her (hoping to get on the news by being outrageously non-PC…) 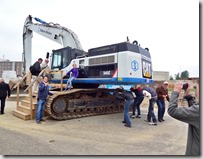 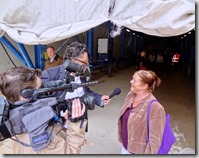 The tunnels are huge, gently curving spaces, dotted with exhibits by companies explaining their part in the project. 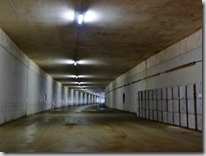 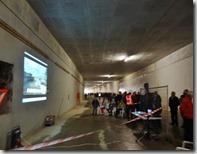 There are impressive walls of scaffolding and braces everywhere. 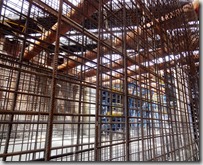 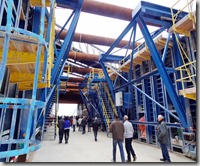 And the traffic jams have already begun… 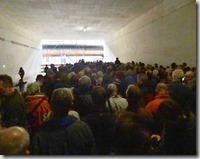 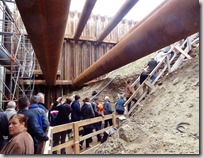