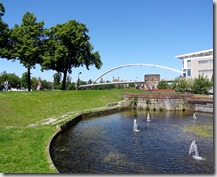 It’s too nice a day to stay in for long (and koopzondag as well), so this entry will be brief. (Curated and commented, in the evolving language of social media links, although I’m not fond of either characterization.  ‘Observant and analytic’ is more to my taste.)

The new OCED “Better Life Index” is out, showing the relative quality of life in 37 countries based on eleven themes.  USA Today cries “USA not one of the 10 happiest!” as America drops to 14th: the Netherlands is tied for 5th with Denmark).  The underlying statistics show a lot of similarities, though, and most differences between the NL, UK, and US (below) might not be noticeable to residents.   But, still, some would be major: it’s worth playing with the numbers if you’re that sort.

British and Dutch Homicides are 4x lower than the US (thank you, NRA); but the Dutch Assault Rate is three times higher than either of  the others.

Americans report that their self-assessed health is better than the Dutch or British, although actual measures of health don’t support it.

Air pollution is actually higher in the Netherlands, while household wealth is lower by half. 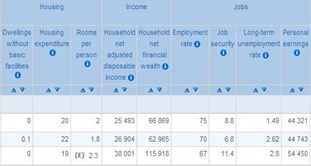 Ironically, the Dutch dropped to 14th in the IMD’s World Competitiveness Survey (the Dutch “need to adapt their competitiveness models to a changing environment”).

Except for the Fyra, of course.

A new coffee-table book about Maastricht is out. I saw it advertised in the Ceramique library; it’s a bit pricy at 59 euro, but the pictures look stunning.   I did get the history of the Wyck a few years back, and there have been two wonderful retrospectives of Cambridge for the 800th anniversary.

Coffee-table books generally seem to be doing well despite the overall decline in book sales as print-media moves onto digital tablets.  There’s still something about having a beautifully illustrated book-as-object that assures their place in aspirational homes.

I never, ever want to become “that expat” with the long, grey hair sitting alone in the corner of the diner.  But every town seems to have a few of them, and the hair looks way too familiar. 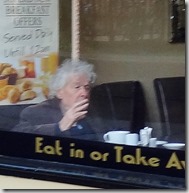 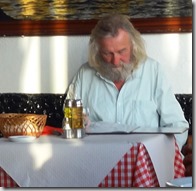 …and I leveled up in Ingress, (temporarily) taking over most of Maastricht (the blue dots on the right are mine).  I laid down some fields over the Maas in the shape of a giant cat (best I could do on the moment) that might last a few days before someone destroys it.

This evening, my portals on the Vrijthof were taken: I attacked one of theirs and waited nearby.   Sure enough, two geeky guys, one tall and thin, one short and round, showed up, poking frantically at their phones.  I did go over and tap them on the shoulder: the expressions were great.  ‘Always a shock when a virtual game suddenly gets real.