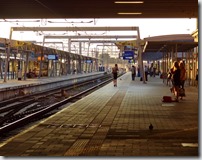 When I’m 80:  Oliver Sacks wrote a marvelous essay in the Times last weekend reflecting on how it feels to become old.  I often feel that life is about to begin, only to realize it is almost over, he reflects, but he also finds the freedom to explore, to take stock of one’s own life and those of others; to bind the thoughts and feelings of a lifetime together.

His most charming passage had real resonance with me:

I am sorry I have wasted (and still waste) so much time; I am sorry to be as agonizingly shy at 80 as I was at 20; I am sorry that I speak no languages but my mother tongue and that I have not traveled or experienced other cultures as widely as I should have done.

At the end of my Journey, I know that I will look around me, look back, and value less the things I have than I will value the things I’ve done.  Good and bad, my experiences and actions define me, for myself and for others.

And I’ll have done what Oliver Sacks wishes he had.

The Stronger Sex:  I’m a soft touch for any article citing bonobos, but this review from the Guardian goes in some surprising directions.  ‘not sure what to believe, but it should make for interesting conversations over fruit beers along the river. 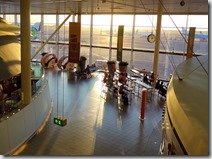 The Hiding Hand:  A friend passed me a piece from the New Yorker about economist Albert Hirschman,  who postulated that creativity is stimulated by stress.

Creativity always comes as a surprise to us; therefore we can never count on it and we dare not believe in it until it has happened. In other words, we would not consciously engage upon tasks whose success clearly requires that creativity be forthcoming. Hence, the only way in which we can bring our creative resources fully into play is by misjudging the nature of the task, by presenting it to ourselves as more routine, simple, undemanding of genuine creativity than it will turn out to be.

In other words, people don’t really seek out challenging tasks. Rather, ”they take on and plunge into new tasks because of the erroneously presumed absence of a challenge—because the task looks easier and more manageable than it will turn out to be.”  So, an entrepreneur takes risks but does not see himself as a risk-taker, because he operates under the useful delusion that what he’s attempting is not risky.”

Then discovering the truth, and because it is too late to turn back, they’re forced to finish the job.  Creatively.

I really like this thought: it certainly fits the opportunism and optimism that I have when I take on goals and options.  It’s cautionary as well: consider what happens when things go wrong, as they always will.  And then, from that crisis, I am forced into finding creative solutions, ultimately (ideally) building something more valuable and successful.

Hirschman’s corollary recognizes that there are two strategies for dealing with stress: Exit (voting with your feet) and Voice (staying put and speaking up).  My bias is towards the latter, and Hirschman argues that keeping critics enhances creativity.  Some days I cast myself as Will Smith facing the oncoming zombie hoards, palms out, yelling “I can fix this!"

Still, he died in the end. Courage requires the willingness to always be on guard against oneself. (Gladwell, Colorni) 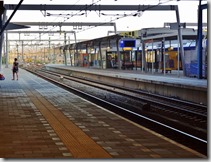 Tablets in Bed:  Since getting the Nexus, I’ve become much more of an e-reader.  On the good side, I am reading more; but PCWorld points out that tablets also have knock-on effects.  The screen hues and brightness are not restful and it becomes too easy to check e-mail and social sites on a whim.  It chirps sympathetically when Skype gets a text message, irresistible to check.

There are apps that purport to adjust the device’s sounds, luminance, and spectrum to match the time of day.  But these apps, or simply closing the lid, still leaves it too easy to fiddle when I’m sleepless at 2 m.

Instead, I’ve gotten into the habit of overnight power-downs.  A rest and reboot is good for everyone for a few hours each day.

Narrative stress:  The Guardian published an essay about the increasing (and irritating) use of “we” instead of “I” among personal bloggers.  I have to confess to falling into the trap: I’m writing a thought and want to generalize

the point or reach out to the reader.  So, National Rail never gets us to London on schedule instead of …gets me…

I regularly root out the error, and I take the point about good writing.  It would probably be even better to say National Rail is always late.