I missed a big change in Dutch Life this summer: koopzondag is no more.  Or, as I found out, kooopzondag is ‘Evermore.

For many years, the Dutch have taken Sunday off: the stores close, the restaurants open late, and people take their kids to the park or spend time talking with their spouses.  It was hell on me when I first moved to Arnhem: what do I *do* with a mandatory day off?

Eventually I learned that the answers were “Shop for food on Saturday” and “Chill”.

The only exceptions to the Sunday shopping

ban have been koopzondags: the first Sunday of each month (and a few extras at Christmas).  Since it’s mid-August, I knew that the streets would be quiet and the parking would be free.

Except that the tradition has been suspended forever in Maastricht, and every Sunday is now ‘Shopping Sunday’.  I found out the hard way; the parking patrol left a 58 euro ticket on my car for not paying and displaying. 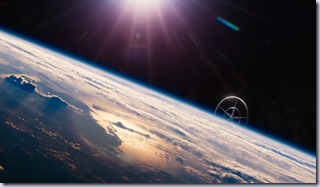 The New York Times ran a delightful Op-Ed this morning by their repatriated London correspondent.  She catalogs the many quirks of the British and American people that every expat / repat lovingly comes to terms with.

She describes the ambivalence that British have about Americans, their excesses, confidence, straightforwardness…the way we approach social situations.  She describes London’s attitudes to personal matters as “don’t ask much, don’t tell much and really, really, don’t want to get into it.”

I am taken aback whenever British friends confess to not being too sure about Americans: we folks think of them as our best and closest friends in the world.

There is a strain of social and cultural exceptionalism that runs more deeply in the UK than even the US.  Partly it’s the legacy of a successful empire, partly living on an island.  It reminds me of Elysium, where the privileged live in a pristine place separate from the rest of the crowded and struggling world.  Like America today, Britain prospered as the world’s riches and resources washed through it’s economy for 100 years.

Sometimes it leads to charming results (the British Museum), other times to myopic perspectives (“Why can’t China just get over historical colonialism like India has?” in one memorable exchange).  The Times essayist has had the same experiences.