Kerstmis arrived at the Vrijthof, lights aglow and people shopping the gift stalls ahead of Pakjesavond.  The December 5 celebration, St. Nicholas Eve, is for gift-giving, accompanied by clever poems, and separates the commercial celebration from the religious holidays. 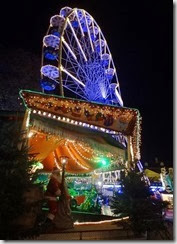 Magical Maastricht 2013 definitely leans to the commercial end of things.  The festival expands and shrinks with the economy: several years ago it sprawled exuberantly across six separate venues with two ice rinks. This year, the post-bubble feest doesn’t quite fill the town square.  Still, it’s brightly lit and colourful:  the Sky Wheel is turning, the sausages are cooking, and the skaters are gliding over the ice. 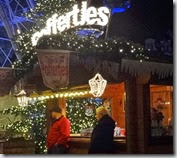 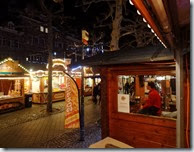 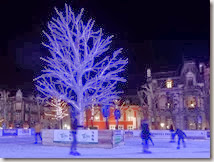 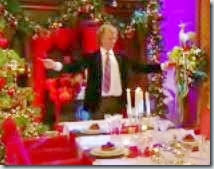 And Andre Rieu’s Advent Calendar, my favourite homage to holiday excess, is open for crackling business.  ‘accompanied by his”Home for Christmas” movie: the trailer is worth a look if your unfamiliar with the Rieu phenomena.

I rolled into town off the 8 am ferry from Dover, far too early to be up and out of bed for the pre-rush hour drive. 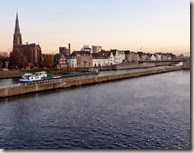 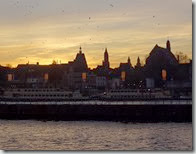 The miles rolled by quickly and I was into town at 2.  By 7, I was enjoying mulled gluhwijn and steaming krakauer, under the big tent, my traditional eerste nacht of the season.