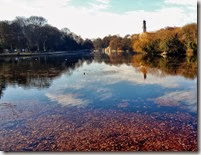 I have a good friend who has come down with a serious medical condition.  He’s undergoing treatments to try to bring it under control, but short-term side effects, risks that it will be ineffective, and long-term uncertainty about the prognosis. Since we live some distance apart, I mostly keep up with his progress indirectly through mutual friends, but periodically I’ll meet him at a gathering, where we’ll share a drink and catch up.

The first time we met after I heard the news, I briefly said how sorry I was and that I hoped that the treatments would be successful.  On subsequent occasions, if it was just the two of us, I’d ask very simply”How are you feeling ” or ask about the progress of his therapy.  Sometimes he’d say that he’d rather not talk about it, and we’d move on.  On other occasions he would have a few things that I’d listen to.  Either way I don’t press it (but I don’t give advice about life any more, either).

I notice, however, that the only one who ever asks about it.  Others say “It’s good to see you,” and move on to talk about the weather, travel, property values, and what other people have been getting up to..  It’s curious, and at first I wondered if it was part of the general incivility that increasingly afflicts busy people, missing a ‘thank you’ when someone does something nice for them and ’sorry’ when they do something wrong

But I’ve also wondered if I’m speaking out of turn.  Generally, I do try to watch and mimic the local flow of things, and I certainly don’t want to make anyone uncomfortable.   But at the same time, a quiet, well intentioned offer of human connection isn’t out of place among friends?

David Simon wrote a piece in the Guardian this week asking Are we all in this together or are we all not?  I think that people need connection, that there is a social compact, that the Golden Rule matters.  Knowing that people do spare a thought for your suffering, that they are there when you need to talk, but that they will keep a distance when asked, is all important.

Wat moet je zeggen?  What you would want to hear, yourself.  Otherwise, leaving people alone only leads to loneliness in return. And,as David Brookes notes, human beings tragically come to understand things fully only when it is too late.