The Royal Navy has maintained a major base in Portsmouth Harbour from the Tudor era (the oldest known drydocks in the 1400’s) through to the present day (stealth destroyers and Harrier carriers).  ‘Very much a working shipyard, the docklands are a historic district as well, with the Warrior, the Victory, and the Mary Rose all on display.  A 26 gbp entry fee gives access to everything for a year, including a harbour tour by boat.

I’ve wanted to get out to Portsmouth for months.  Marked by the Spinnaker Tower, its an iconic spot, only an hour away.  The harbour reminds me of San Francisco Bay, sprawling and blustery, but the town is filled with good restaurants and great sea views across to the Isle of Wight.

There is lots to take in, far more than I can comment on or show here.  The sailing ships are impressive, expansive above decks and efficiently crowded below.  The guides give excellent accounts of the history and day to day workings of the skips at sea and in battle. 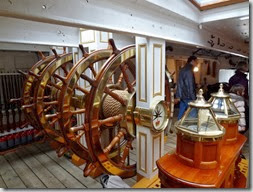 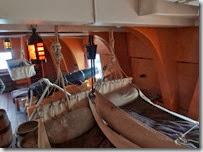 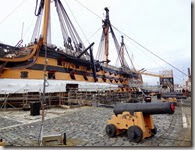 I could relate to each seaman’s chest of personal items, reminiscent of my own expat’s boxes.

The Victory was undergoing major refitting, but the walk-through still gave a good sense of Admiral Nelson and the events around his strategy and death at Trafalgar.

And the Mary Rose, like the Vasa in Stockholm, is just a wonderful window into the world centuries earlier, when everything was rough-hewn and hand-cranked.  I struggled to pull a yew longbow, gazed into the skulls of the crew, and recognized so many of the common bits of everyday life that were recovered. 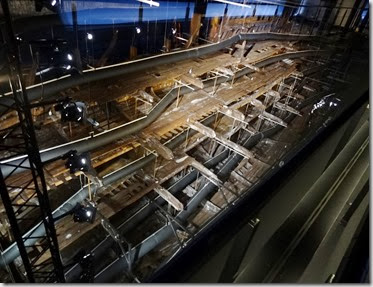 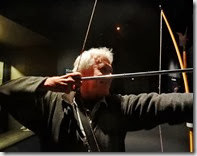 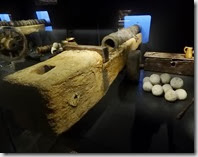 Finally, the harbour tour boat is the best way to see the modern navy up close and to get a sense for Portsmouth itself. 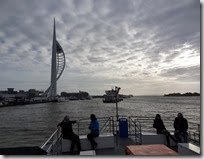 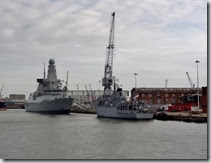 All in all, a very full day on and around the ships and the water: I’ll need a second day soon to work through the museum rooms with artifacts and recreations. 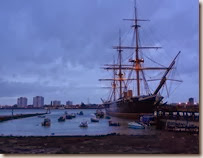 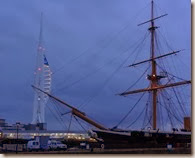 email
« So far, not bad
Motes from Maastricht »
Radar Weather