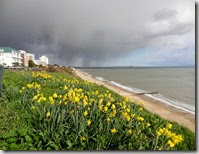 ‘back on the south coast this weekend after a couple of Cambridge / Nottingham days. It’s a few degrees warmer and a lot sunnier than the Midlands, just a few stormclouds drifting  over the Isle of Wight to give texture to the scene.

I discovered that one pair of roommates had departed in my absence.  The gay couple living with me (happy in-love lesbians vs. the gender-obsessed unkind sort) have been trying to sort shared cleaning and cooking rotations and that was apparently too much for the physicians, 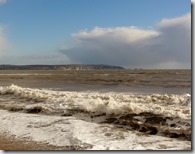 who moved out in the middle of the night with no warning.

The local maritime publications are cataloguing the winter storm damage, a list of sunken ships and missing navigational aids that should keep things interesting in the months to come.  The big buoy on Sandbanks Beach turns out to be the East Looe No4 marker at the entrance to Poole Harbour.  Its companion, Swash Channel No5, was blown a hundred meters out of position.

But at the first day of spring, it’s a gorgeous day to spend a few hours walking the High Cliffs and pebbled beaches east of Christchurch.  The weather was cool and windy, waves crashing along the shore, but the light was perfect for seeing the western  cliffs and the Needles marking the entrance to the Solent. 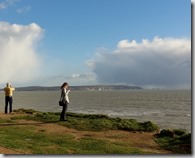 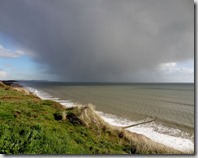 Inland, the trees along the footpaths were still gaunt and twisted against the chill blue skies. 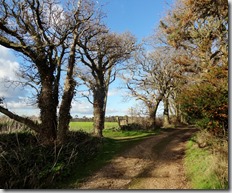 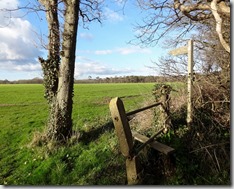 The sailing dinghy’s were still in winter cloaks, the crab sandwiches were not yet being served at Mudeford Quay along Christchurch Harbour.  But the fishing pots are stacked and ready, the Highcliffe Sailing Club was repainting, and a few of the beach huts were already open and stocked. 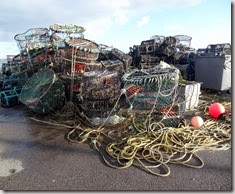 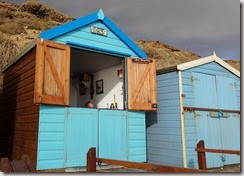 I’m looking forward to warmer weather, but the ambience today couldn’t have been better.