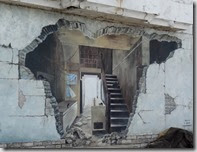 Mother’s Day dawned crisp and clear and early over Parkstone.  The clocks finally skipped ahead an hour, two weeks after the US transited, but the shortened day promised to be good. Temperatures were forecast to  approach 15C, the signal for everyone to drop their coats and woolens and head for the piers and cafés. 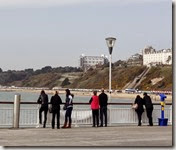 Bournemouth was in Bay Run competitive mode, running events ranging from ‘fun run’ through to full marathon.  Up and down the chines (beachfront ridges), things are gearing up for summer – shops and restaurants opening, beach gear and kayaks carried into huts, windscreens and kites rising along the shoreline. 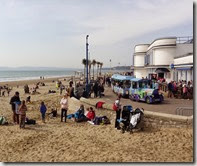 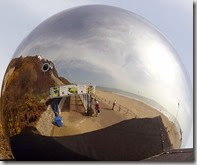 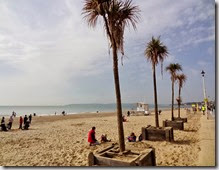 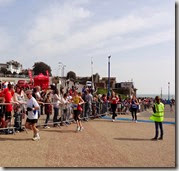 It was a reflective day: I have a landmark birthday fast approaching, and have finalized plans for celebrating.  My original notion was to fly everyone to an exotic locale for a few days of feast and feest, but that fell hard against economic and work-schedule reality.  So I’m making a circuit of my children and parents, extending the celebration over a few days next week.

I joined a close friend’s celebration a year ago and got inspired by the possibilities, then was further encouraged by the articles describing Gloria Steinem’s passing 80 in style last week.  Decade birthdays should be marked.  But, its also too easy to make too much of things, set myself up for issues.  A bit of coffee and a think, and I got my head around the event at last. We’ll fittingly mark the decade’s arrival (not passing, in my own way, in my own time. 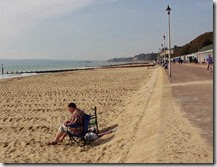 Buried in the article about Ms. Steinem was this gem: She met a young man in her travels and thought, “If I was younger, we’d have had a passionate affair for two years and been great friends the rest of our lives.”

I’ve had days of discussion and at least one night of vivid dreams mulling this over.

— What story could be written about the time bordering the transition?  Was the decision to become friends sudden, gradual, tense or gentle?  Who said what to whom, one seaside afternoon, late one night in a wine bar, or early one honest morning over runny eggs?

— Is this ‘great friendship’ narrative even possible?  I’ve been told that no woman can ever be friends with a man they’ve had an intense, passionate, meaningful relationship with.

— How does real passion, true love, evolve over the years?   The NYTimes observes that ‘Companionship becomes the reason for seeking love’ as we get older.  I understand that long-term commitment and friendship anneals to instinctive understanding and trusted support for one another.  Still, friendship isn’t the terminus of passion.   I’ve come to expect more, and the arc of the story feels sad and unnatural. 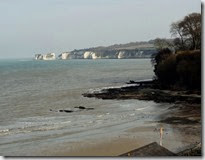 The runners sprinted past to the finish, received their shirt and water bottle, hugged their families.  Life’s a bit of a marathon as well, I reflected.

But it’s ceased to be a race.