Overheard at an adjacent table, now that we all have permission to eavesdrop.

Dilemma:  A 2 pm ferry from Dover, but Branksome Beach cafes don’t open until 10. 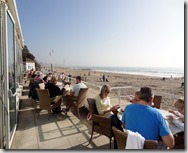 Solution: Defer the ferry and enjoy the first day of spring. 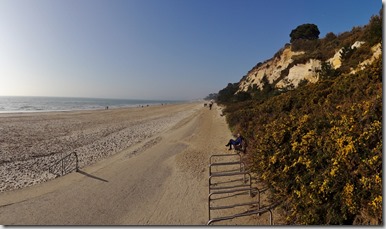 Despite the building traffic and throngs of weekenders suddenly filling the roads and car parks, the wide beaches and the hazy views towards Swanage were peacefully expansive this morning. 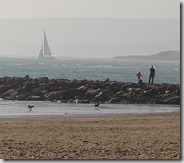 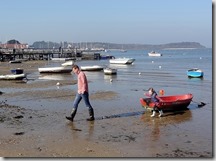 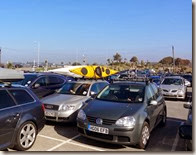 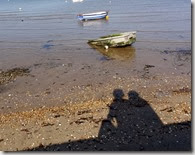 The beach huts opened to young families and bundled sun worshipers.  Joggers jostled against cyclists along the paths; children dug in the sand and explored the tide pools. 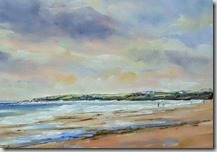 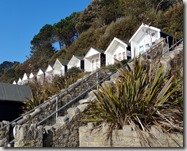 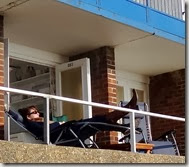 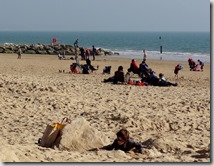 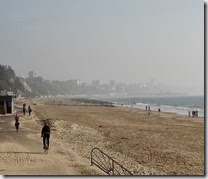 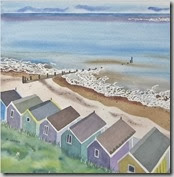 It could almost be a painted picture, the essence of a lazy Sunday morning, bordered by sunshine and surf, ideally shared alongside a warm coffee and a smiling companion.

The word ‘content’ has negative connotations for the British, suggesting that I’ve given up and settled for less than full happiness.  But I view it as a state of peaceful happiness or satisfaction, akin to Dutch gezellig.

And in any case, over Dorset breakfast at the seaside, contentment is still just a waypoint along a journey whose end lies over future’s the misty horizon.

email
« Chihuly’s lights
Back across the Channel »
Radar Weather