I watched the scales anxiously. I’ve traveled Ryanair long enough to know when my bag exceeds 15 kg and this felt light to me. 13 kilo, nodded the agent without looking up,  pounding visa stamps into my boarding card.

‘nice not to have lost my touch.

Stansted Airport has changed a lot in a few months.  Entryways moved to the end of the hall, departure lounges bulging out into where ticketing areas used to be.  It’s still a bustle, never enough chairs or plugs, so I settled into a corner with a beer and a sandwich. 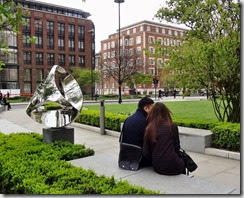 It had been a nice morning in London: coffee on the steps of  St. Paul’s, Hush breakfast in slippers, a walk along the Thames through the forecourt of the Tate and Globe.  Plenty of time before I had to go to my 3pm flight. 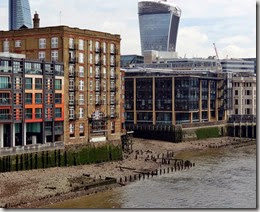 Then the Central Line closed unexpectedly throwing me into a cab to catch-up with the northbound Express.  But I don’t stress these things (mostly).

My life still fills with Amazing Race moments, from unraveling ever-changing travel connections to living among mismatched pairs of housemates (each with a special bond to the other). 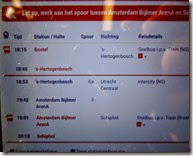 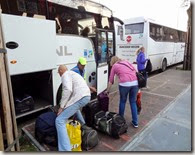 Eindhoven was warm and green on landing, but the route to Schiphol was anything but.  All of the intercity trains terminated nearby at Boxtel: signage indicated two snelbus interruptions along the route.

NS plans well, but I still feel like such a refugee dragging bags among masses of people across the parking lots.

The farms of the groene hart were tranquil, glowing in golden Dutch light as I worked my way north: it seemed like the hotel could wait an hour or two so that I could enjoy a proper dinner along the way. ‘hit Utrecht about 7, perfect light for a few pictures, some pasta, and people-watching along the sunken canal that winds through the city center. 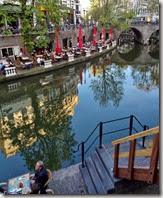 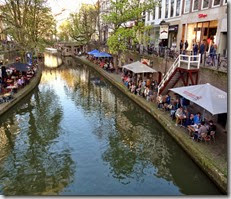 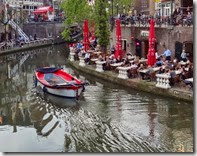 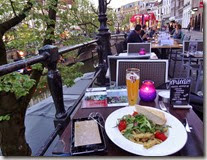 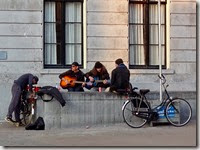 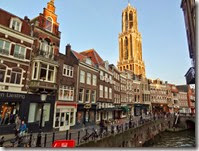 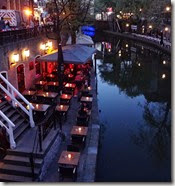 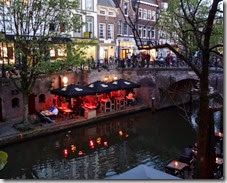 ‘a nice Saturday’s journey, leaving me in position and ready for Sunday’s flight to join three generations in Denver for a few days.  But tonight, this would have been nice to share with them all.

email
« Back along the road
Of a certain age »
Radar Weather