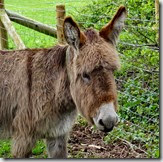 No worries, this is not going to be a self-reflective breakdown piece.

While thinking about expat health, I came across reference to a 1998 study of the incidence of depression and personality disorders in long-term expats.  Drawing on interviews with 397 expats in 37 countries over 20 years, they documented high rates of affective and adjustment disorders as compared to normal incidences.  Risk factors included a prior history of psychological consultation, family history, and prior depression.

This was echoed by CDC’s GeoSentinal Surveillance network.  Founded in 1997, GeoSentinal is a worldwide network of specialized clinics, each contributing data on travel-related illnesses and trip information back to the central database.  They report that, of 4000 expat records, 18% of all clinic visits were for psychological disorders, mainly stress, depression, and anxiety.

Triple the risk!  While i’ve seen instances,  i had no idea it was so common.

This could result from factors apart from simply being an expat.  For example, are the people who throw themselves happily into foreign assignments also the types prone to personality disorders (selection bias).  But the Big 5 Determinants of Expatriate Success suggest the opposite: long term expats are emotionally stable, extraverted, open, agreeable, and conscientious.

The other possibility is that the experience of being an expat leads to expression of bad personality traits.  Here, the authors suggest many contributing factors:

This feels much closer to the mark.  At one time or another, I have experienced almost all of these feelings.  Most pass, but I can see where they could take over one’s life.

A good summary of the literature can be found in Borwein’s presentation.

And, if you suffer these problems, there are clinics available that specialize in treating expat health problems.

Entrepreneurs are another group who might fit the same set of environmental triggers: do they have the same set of disorders, the same heightened risks?  I’m still giving the literature a read, but was intrigued by this passage from a 1985 Harvard Business Review article, The Dark Side of Entrepreneurship:

Many entrepreneurs have personality traits and behaviors that allow them to succeed in their businesses; however, these same traits can often prove detrimental.  Many entrepreneurs distrust the world around them and fear being a victim; they scan the environment anticipating the worst; they can lose sight of the reality of situations. Ill consequences can be augmented when joined with a need for control. … Many entrepreneurial behaviors are a result of the psychological defenses people use: they idealize, then vilify to extremes, project problems onto others, deny responsibility, or flee into actions…Instead of fighting the entrepreneur’s idiosyncrasies, managers should adapt to them and regard developing them as a challenge…

‘Bottom line, as I said at the outset: I’m doing fine, but the documented risks really are sobering.