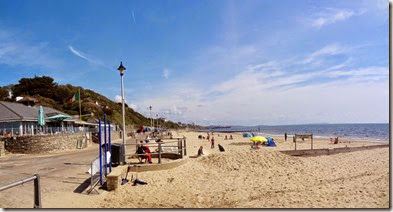 April and May are filled with day’s off in Britain: Half-term breaks, bank holidays, commemorative celebrations, Easter.  They all start to run together: I’m still faintly surprised whenever someone reminds me not to make work calls on a holiday – it’s less effort than it used to be to set work aside and relax for the nicer portion of a day (especially if I can get free of VAT Reporting in favor of views to the Isle of Wight). 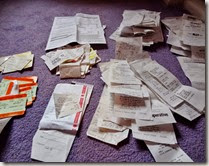 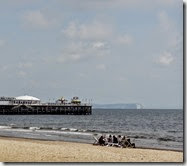 And, if you were wondering, a Chine is a steep-sided river valley, a Dene is a wooded valley, and a Groyne is a wall erected to prevent erosion.  All are common features of the Sandbanks – Bournemouth beachfront.

The locals don’t wander down in great numbers until after 2 pm, so there’s good time for a stroll and an ice cream if you arrive by noon.  The beach huts are still mostly unoccupied, although the ones that are open are starting to reveal their individual character and utility as I stop to peer inside. 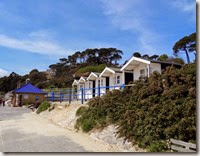 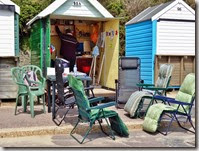 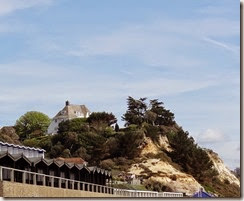 I may still prefer life in the big cliff-top house though, with the panoramic views across the sea.

Lifeguard stations are open, following the California model of a big station with a mustached guard in a red tracksuit and binoculars bigger than wine-bottles. 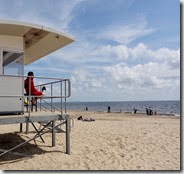 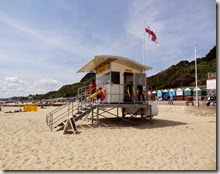 TripAdvisor has ranked the 7-mile Bournemouth Beach as ‘best in the UK’ (nearby Swanage is ninth and Weymouth is eighth), and on a perfect warm Sunday, it’s pretty perfect.  A few more restaurants,  a few less cyclists and rules, but there’s not much else that could be improved. 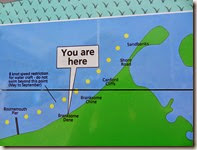 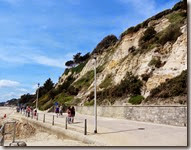 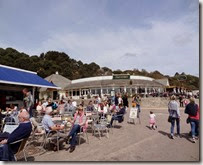