It’s been a road week: drilling up and down the M11-M25-M3 motorways for meetings, money, and, finally, Munich.  A lot was accomplished; a lot still to go.

This week, too, my elbow calmed down, finally.  The doctors at Addenbrookes said I had a picked up a nasty staph infection, fortunately superficial, but likely one that I should have had looked at when it happened.   Next time I will (I promise) listen to the folks pointing me to the walk-in clinics instead of waiting until it becomes a case for the A&E.

More generally, this became a week when I was touched more by suffering among others than is usual.  They told of health scares and personal tragedies: then there were the news stories.  Collectively, it reduced to a question that the Shrink  and Sage might consider: Should we engage whenever people are hurting?

Partner and family is straightforward: I do everything I can without limits.  ‘Being an expat complicates things, because the question is always whether to get on a plane to give support in person.  In this case, it took some reading, a couple of consults with colleagues, and a few calls to agree (and feel like) I’d done what was needed.

For friends, I ask and offer.  One suffered a rough week working through a death in the family and just needed someone to listen.  Another potentially needed a network to tap into for an interpretation or a second opinion.  I try not to fix things or transfer a burden, unasked.  But, if a person means something to me, I try to be available and open with information and connections as needed.  Thankfully, both of these situations ended the week better than they started. 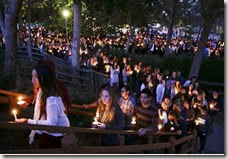 Where is the limit for distant events that are more distant?   The shootings in Santa Barbara, isolated and senseless, were a terrible tragedy and stirred a lot of sympathy for the people killed and their families.  Conversations with European friends about Why It Happened and What Needs To Change always lead to difficult rationalizations about American firearms.  Here, everyone connected seems to have followed the law and done what they could, but failed in the end: were criteria or policies wrong?   People generalized their own experiences: are there universal and effective rules for defining and enforcing boundaries?  Op-eds lamented the rising incidence of violence against women and the spread of misogyny among men: should there be greater personal awareness and community action?

Still, nobody can mitigate all suffering.  What, then, are the limits of engagement?  The Shrink and Sage suggest:

First of all, you have to really be sure you have understood how others are feeling and not merely assumed they feel how you think they feel.

Second, feeling someone else’s pain is not good enough: you have to know how you can lessen it, and be willing and able to do what’s necessary.

Both these steps require thought and understanding. Emotion here is useless unless it is guided by reason. Thoughtless generosity can sometimes cause as much harm as stubborn selfishness, inappropriate aid can hinder more than help.

I’ve been thinking about all of the human stories I engaged with this week, and, among the thoughtful miles, found my own two rules, not dissimilar from the Sage:

I always care on some level.  I don’t believe that any compassionate human being avoids sympathy for the pains that others suffer.

I act in cases where I feel responsible or where I know that I can make a difference.  People should not simply engage on the basis of guilt.