Shaftesbury is a Saxon hill town overlooking beautiful Blackmore Vale, about an hour’s drive north of Poole.  The town is the site of the Royal Abbey: Alfred the Great founded it, King Canute died nearby, King Edward’s relics performed miracles in the gardens. Today, it’s the site of the annual Shaftesbury Festival, a week of music, food, and craft demonstrations.

Summer festivals are held throughout England, each with a local flavour but all featuring similar charity booths, cider stands, and period costumes.  For me, they’re becoming less an exploration of food and history than an opportunity to enjoy music, art, and footraces in the sun. 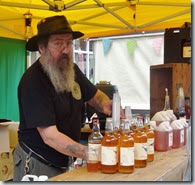 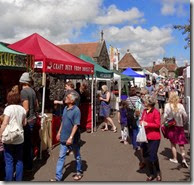 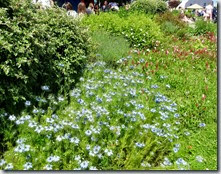 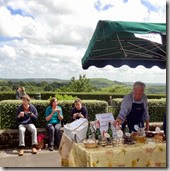 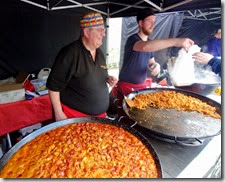 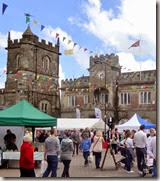 Music is provided by local ensembles who have dusted off their drums and guitars, flutes and voices, for a mix of rock standards and lyric chorales.  The best groups are the folks my age, dusting off their instruments for a little nostalgia.  They sound a bit like Three Dog Night (who are, amazingly, still alive, touring, and releasing albums) – its all good fun (until I realize the age group that I’ve slipped into at these performances).  Strong, dry cider definitely helps the musical appreciation. 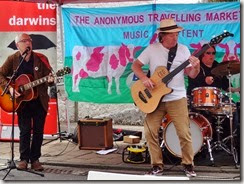 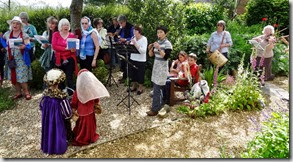 The arts included some nice woodworks and Dorset watercolours, decorated trees and Tudor crafts.  I spent some time with a local volunteer learning the history of the Abbey and of the ongoing court fights over possession of Edward’s remains. 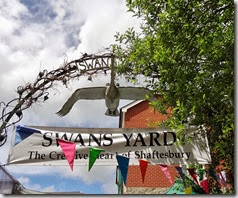 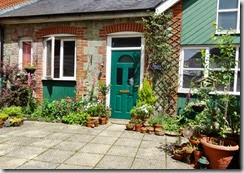 The footrace was a “Cheese Roll” up Gold Hill.  Unfortunately, there was little actual rolling, up or down, the steep cobbles: racers simply shouldered the truckles and ran the length of the street (winning time, 16 seconds). 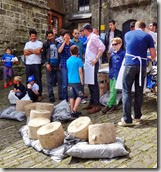 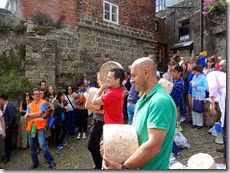 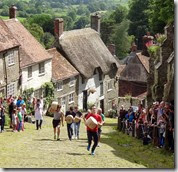 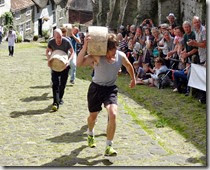 email
« Winding down Friday
Sunday at the seaside »
Radar Weather