We’re successfully winding up the first period of fundraising for the business, taking the product closer to production and clinical trials.  It’s been an intense process, refining our story and clarifying plans, connecting with old friends and new leads, ultimately converting people’s interest into investment.

In one sense, it’s been project management: articulating a vision, assembling a coalition, motivating action.  Like any project, it has a goal, advances through stages, needs time and resources.  But instead of yielding a product, the process of closing a funding round assembles external relationships with influential third parties.  That makes it more of a diplomatic process than a management one (Guittard 2012).  So, I thought, success is achieved through soft skills rather than hard ones (Robles 2012):   projecting integrity, communicating well, demonstrating courtesy, responsibility, social skills, positive attitude, 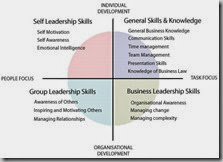 But this approach isn’t enough.  Closing the deal, securing investment, is a one-on-one process, selling an individual rather than recruiting an audience.

And that depends on hard political skills, not soft diplomatic ones.

Tactically, it’s the  difference between West Wing and House of Cards. 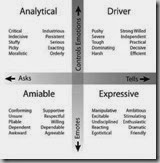 Merrill and Reid (1981) described the necessary traits inn their work on Social Styles.  Their theory rests on two personality characteristics.  Do we ask (diplomacy) or tell (politics)?  Do we orient towards tasks (politics) or people (diplomat)?  These two axes produce four social types: diplomatic Amiables positioned across from political Drivers.

Ferris (2000, 2005) has more recently defined political skills as “the ability to effectively understand others at work, and to use such knowledge to influence others to act in ways that enhance one’s personal and/or organizational objectives”.  He has identified four key attributes of political competence:

Leslie (2012) later supplemented these qualities with two additional ones:

I’ve been reading Mark Leibovoch’s book, This Town, about the insiders game of social networking and influence

building in Washington DC.  All of the political skills I’ve been discussing are on full display – it’s an illuminating study of the theory reduced to practiced art.

In thinking about economic systems, I tend to focus on ecosystems as, (for example, Seven Days in the Art World).

But, as my business matures and my role in it broadens, I can really see the relevance of having good political skills in addition to my more familiar diplomatic ones.  There is  real value in being able to navigate social networks as competently as technical ones for project management.e

It’s not difficult; its just different.

email
« Its WC time again!
Among the redwoods »
Radar Weather