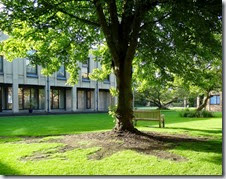 I hit the road early, headed south into London for three sets of investor meetings.  I took the bus / train / tube combination so that I’d have some time to work along the way, consolidating notes and slides, preparing for questions.

I also enjoyed an essay in the Times describing the arrival of American production workers in the small Italian town of Melfi, where the Fiat plant is being converted to make Jeeps.  A cross-cultural specialist was brought in to teach the autoworkers about dealing with Americans: he summed the differences up as the Three C’s: 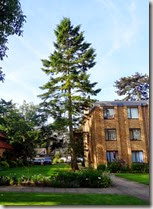 And, he reminded them, remember that You’re Italians. No one else is so skillful at turning a crisis into a party.  Ah, Europe.

The meetings were challenging: while I am aces when it comes to managing the project and recruiting resources, planning and motivating, I can still get twisted up separating pre-market from in-market debates.  We’re setting up a pilot production facility to make units for regulatory  and clinical trials, all good.  But then the conversation veered:

“Can that facility be transferred directly to a final manufacturer without disturbing the CE Mark?”  Yes, we’ve planned for that.

“How many consumable units could you potentially make from that facility?”  Perhaps 5000 per year.

“And if you receive 1 gbp profit per consumable unit, your net revenues would be £5000 for that line?”

The truth, of course, is that we would only seed the market to demonstrate update from that line: real revenues would come from licensing to a global manufacturer / distributor.  But until the questions hit, the answers aren’t at the tip of my tongue.

I know the limits of what I do well; we’ll hire someone with solid in-market experience to extract the value from any business I start. 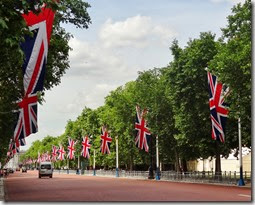 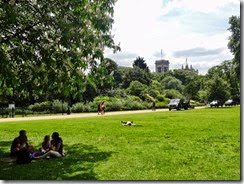 London was otherwise beautiful: warm and sunny for conference calls in the park.  I did some shopping along Oxford Street, learned that I may aspire to Selfridges but am more comfortable in Debenhams.  Then the train back to  the bus back to the car in Cambridge, food shopping, gas, ‘aim south and hit the gas at 7 pm.

I was back in Bournemouth just before nightfall.  I pulled onto the East Cliff to look for the Branzilla, but there was nothing to see anywhere along the coast.

‘But there was still some wonderful moonlight reflecting over the sea.

The Fiesta’s windshield was hit by a rock a couple of weeks ago.  There was a sharp crack against the passenger glass and a star, rapidly expanding to a hooked crack.   I’d been charged 600 euros the last time the windshield needed replacing, and a quick call to two UK shops yielded estimates up from £600.

An autoglass repair truck along the motorway told me that I should be able to fix it for less than £250, and I did locate a Poole glass company that would do it for £236.  They dropped through early this morning and fixed it in about an hour.

So, ‘back on the road, with cash to spare, into the weekend.  There should be time for cliff walks, London on Sunday for the Matisse exhibit, and back to the phones Monday morning.

email
« Our monsters, our values
Saturday, reflections along the water »
Radar Weather