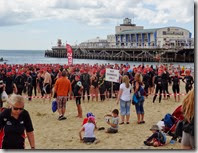 The British Heart Foundation sponsored this year’s Pier to Pier Swim in Bournemouth, 1900 swimmers braving the chilly water for 1.4 miles between Bournemouth and Boscombe Piers.  The fastest swimmers progressed at a walking  pace, the slowest bobbed along with the tides and winds, but it was an impressive splash for a Sunday morning. 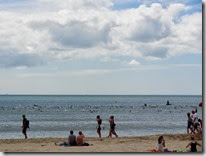 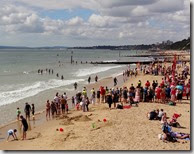 It was time for me to do the once-across as well: too many weeks since last visiting the Netherlands and a lot of work to catch up on.  Lawyers and accountants in Amsterdam to close out 2012 reports and modify agreements for 2013, engineers and technicians completing design work across town, my landlord waiting to discuss water damage and insurance.

The Eurotunnel crossing was quiet, uneventful, and I reached the apartment just after twilight.  The water damage was heartbreaking but little seemed structurally amiss apart from the superficial walls, paint, and plaster.   I caught up with Bert and Benthe at Le Cle next door over a biertje: gutters inside the roof had blocked, water flowed down the inside front walls, unnoticed, down to the cellar  of the restaurant.  The damage had been surveyed, contractor bids were being solicited, the drapes were being cleaned. 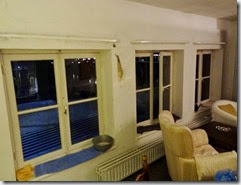 At least there was no rain in the forecast for the next week.

Otherwise, walking the city core at dawn, the pennants were still up from the World Cup (the Dutch finally lost to Argentina in a listless game decided on a shoot-out), Andre Rieu was in town for three weekends of concerts in the Vrijthof (a Venice-themed year), and summer was in full flower along the Maas. 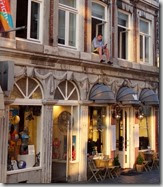 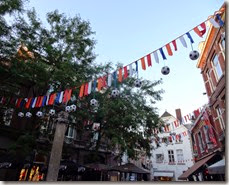 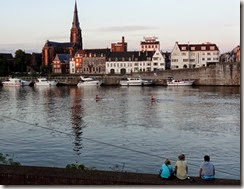 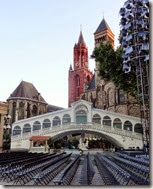 ‘nice to be back, all things considered.