Opinions differ on the authenticity of Hackney Wick.  Historically, it’s an inner city industrial site along London’s Lea River, ribbed by tributary canals and factories.  Today, it’s a redeveloping neighborhood, given new life by the nearby 2012 Olympic venues and various community and arts grants. 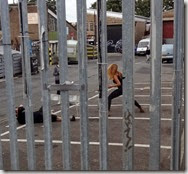 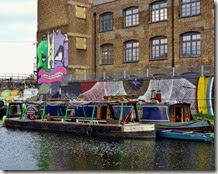 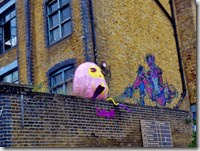 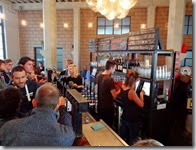 Its character is harder to define.  Superficially, it is a gritty maze of graffiti’d walls and urban bars, rundown buildings and overgrown concrete.  But it also looks too rough by half: a clever stage-set to attract younger renters and develop artist’s lofts?

It’s hard to judge: while the buildings and streets are in disrepair. the roughness doesn’t feel unsafe, the the street art can seem carefully placed.

How are we to judge contextual authenticity, the source or strength of social identity? 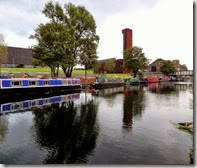 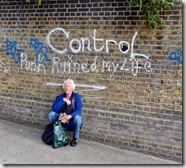 I was similarly talking with friends last week about how national, as opposed to neighborhood,  identity is established.  The shape, laws, and cultures of the UK have aggregated over millennia, rights of men and women evolving from one monarch to the next.  But does also foster a weaker sense of shared identity, such that  the Scots could consider an exit after 300 years.

The US, in contrast, defines itself with strong national roots instead of regional ones. Historically, the government sprang into being fully formed, with constitutional law borrowed from the British and French, a strong dose of individual rights, and a spirit of frontier self-reliance.

I would expect that a stronger identity results from the authenticity of older roots and organic growth that are characteristic of the UK, just as stronger neighborhoods should be built by long-standing residents with shared values. 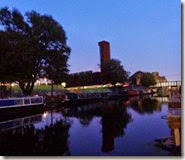 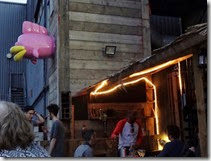 But it doesn’t seem to hold that way, either north towards the Orkneys nor south towards Hackney Wick.

email
« The Art of Design
Labor, capital, and getting clean floors »
Radar Weather