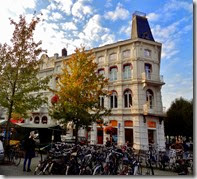 I was back among the Dutch this week, finalizing my accounts and raising funds.  It’s a beautiful autumn along the Maas so far, warm and colorful.  I took a long evening bike ride out towards Eijsden last night beneath a clear sky and among warm winds.  The lights shimmering off the river and the glow of the sunset over the fields were picture perfect – it’s always nice to find the charm of the countryside waiting when I return.

Work has been progressing on the apartment during my absence.  The wall has apparently dried and the new plaster is up.  A lot of cleaning is ongoing, fabrics and pillows, carpets and counters.  The radiators are off the pipes and laid out in the hallway being repainted.  Hopefully everything will be operating before the colder weather hits, sealed before the winter rains.  But it is encouraging; I’d thought it would take months. 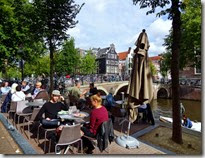 I closed the 2013 accounts and taxes with my financial folks in Amsterdam.  There were, as always, a lot of details to confirm, a missing invoice here and an unmatched payment there.  But the annuals look complete and we agree on the bottom line numbers.  We should have the Dutch business taxes out next week, which means that the US 2013 personal taxes can begin.  The United States is one of the few countries that insists on filings for income earned outside the country, and it always adds a month of work and a thousand dollars of expense to comply with all of the requirements.

Still, it was a nice day along the ring canals as well.  Strolling the waterways, reflecting on another year in life and business, I wonder if it isn’t time to think about life’s goals more in terms of aspirations than ambitions, meer balans en aspiratie, minder grenzen en ambitie. 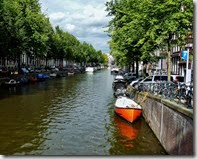 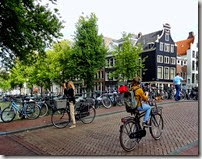 In contrast, the meandering walks through my airports just get worse and worse.  The commute is complicated to both plan and price: Stansted is the jumping-off point for Eindhoven; Southend connects to Maastricht , and Gatwick / Southampton through Amsterdam.  From Cambridge, Stansted is the only option, but the airport’s refurbishment is a real nuisance.

Security has been relocated to one end of the terminal and takes twice as long to exit, then the walk to the gates is limited to a twisting hallway through all of the duty-free shops, a circuitous trek worthy of Ikea.

The public waiting areas beyond have few seats, few amenities, and are generally a wreck until the remodel is done.

The repurposing of airports as shopping malls is not making flying any easier.

Setting that aside, though, we had good meetings with the folks at the Limburg Investment Agency (LioF) and with the development groups working at the Medical Center.

And it was nice to watch the sun rise behind the steeples over coffee, enjoy a bierje by the river in the evening, and to catch up with the local news and a few friends.

One recommendation: A bok bier is especially nice this time of year: here is a guide to a few that might be good selections.