Back in the sloppy, wet UK: frost on the roofs and scaffolds against Woodside’s backside.  The drip through the roof had turned into a three-bucket stream in my absence as weather fronts rolled in from the southwest. 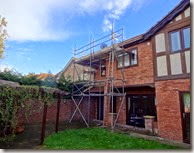 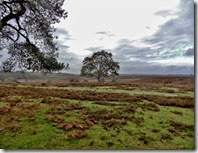 The weather warmed with each successive wave of rain, though, and so I took a wander along the coast east of Christchurch to Mudeford Bay.

I found a satisfying surge of surf washing over the seawall, submerging the tires of the stormwatchers huddled in their cars.  At least one boat already lay overturned in the harbour.

A lone fisherman stood among the rocks of the outer breakwall, waves breaking over his boots in a white froth. 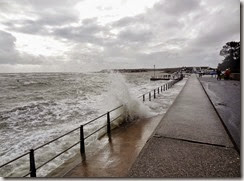 It all gets much more interesting when put into motion, of course.